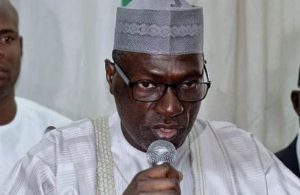 The All Progressives Congress (APC ) has been accused by the Peoples Democratic Party (PDP) of  planning  to destroy its coming convention on December 9, 2017 by arresting its key members.

This was confirmed in a statement by its spokesperson, Dayo Adeyeye, the party alleged that the APC had postponed its own convention so as to monitor and sabotage that of the PDP.

“We are not completely oblivious of the plans by the APC to sabotage our convention. Apart from the internal fighting within the APC, one of the reasons why the party postponed its National Convention to next year was to enable it to monitor closely our convention with a view to destabilizing our party ahead of the 2019 General Elections.

“The planned parallel convention is one of those ideas of the APC to create divisions amongst members of our party.

“It will be most unfortunate for members of our party to allow themselves to be used against the party especially in the light of our recent painful experience.”

“The National Caretaker Committee is willing and ready to address all the concerns of our party members regarding the forthcoming National Convention. Members should take advantage of our open door policy to ventilate their opinions, concerns and grievances.

“We will not give room to anybody to find any excuse to sabotage the convention. We realise of course that there is little we can do to dissuade those who have decided to become paid agents of the ruling party.

According to Mr. Adeyeye, the arrest of former Senate President and Secretary to the Government of the Federation, Pius Anyim, and a former Governor of Taraba State, Abubakar Danladi, by the Economic and Financial Crimes Commission was orchestrated to run down the PDP.

“Part of the agenda of the APC to sabotage our convention and destabilise our party is the arrest of leaders of our party on trump-up charges of corruption.

“We had cried out a few weeks ago that there was a list of about fifty (50) top leaders of our party earmarked by the ruling party for arrest and incarceration. The APC propagandists said we were crying wolf. Now we’re being vindicated by the continuing and unrelenting arrest, intimidation and harassment of our top leaders.”

“In the last one week, the former Governor of Taraba State, Mr. Abubakar Danladi and the former Senate President and Secretary to the Government of the Federation (SGF), Senator Anyim Pius Anyim, two prominent members of our party were arrested by the anti-graft agency, the EFCC. This is apart from the five that were earlier arrested within the month of November. We don’t know who will be next in the list.”

“These are all part of the agenda of the APC to create an atmosphere of fear and insecurity around PDP members before and after the National Convention. It is also part of the overall strategy of the ruling party to turn Nigeria into a one party state.”

“We once again call on Nigerians and members of the international community to be vigilant to ensure that the APC does not institute full blown dictatorship in the country.

“The only reason why the APC is hell bent on killing the opposition in Nigeria is due to its non-performance and inability to deliver on its campaign promises. They have failed Nigerians and they know too well that they can no longer convince Nigerians to vote for them again in 2019.”

The party assured its members nationwide that its leadership under Ahmed Makarfi would provide an enabling environment and a level playing field for all contestants and ensure transparent, free and fair elections.