People Describe What Life After Death Is Really Like 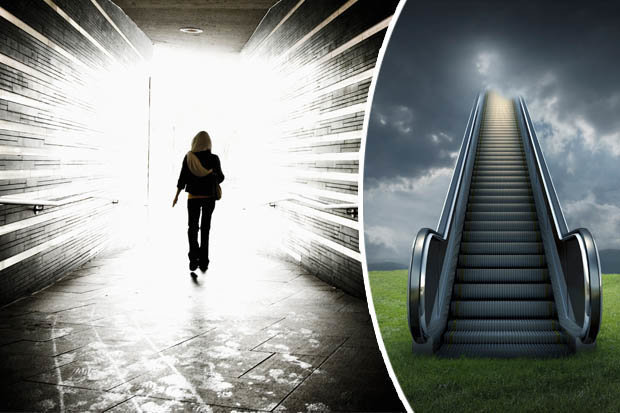 Have you ever imagined what life after death is really like? People who have come close to dying have opened up on what they felt.
People have offered their shocking accounts of near-death experiences – with some pointing to an afterlife.
They have described widely different examples – with some encountering fear and others a bizarre calmness.
Kiara St Clara, recalled unbearable loneliness after her heart stopped for nearly two minutes.
She was defibrillated and fell into a two-day coma.
Kara posted in a Quora thread: “I felt more alone than I can describe – and the feeling has been etched in my brain for over a decade.
“It was a dark, empty space where gravity didn’t seem to exist. I was calling out for friends and family who’d passed on, already. I was surprised no-one came to comfort me.”
Lucia Arrigucci nearly died after a horse-riding accident in 2014.
She said: “My heart was close to a halt for three times, I could actually be aware of it.
“Each time I felt like myself raising from my body, like detaching from it and kind of being drawn towards the light.
“My first thought was: that’s it, nothing to be afraid of, if only people would know this is how you die there should not be so much need for worries around this.”
Christopher Mooney, from Bristol, believes he was 20 to 30 seconds from the end of his life.
However, he described feeling calm and said it was one of the “most peaceful moments” of his life.
Christopher added: “When you hear the stereotypes of your life flashing before your eyes, that’s exactly how I felt.
“I reflected on my life, and who I was, and if I could have done anything better.
“It sounds funny, but I also really had this ‘well, this is just my luck’ kind of feeling. I actually found it kind of humorous.”