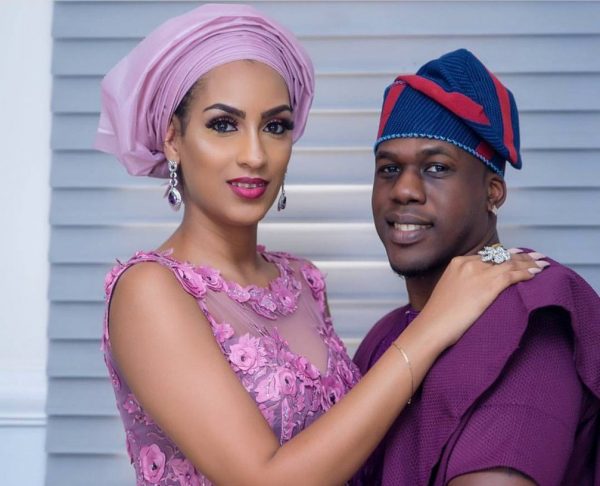 According to the source who shared the news with Instablog9ja, the couple legally married today at the Ikoyi registry, days after they stepped out for Banky W and Adesua Etomi’s lavish wedding in Lagos.

The actress had hinted on the marriage in a post where she asserted that no one can separate two adults who are desperately in love with each other.

“When two people are meant for each other, no time is too long , no distance is too far, and no one can ever tear them apart,” she said.

When two people are meant for each other, no time is too long , no distance is too far, and no one can ever tear them apart. #wordoftheday #Love #loveyourself #happy #influencer #Brandinfluencer #bosschick Dress by @diabyse Photo @twinsdntbeg

Shortly after, a source who attended the event at the Ikoyi registry, shared their photo just after they were married.

Speaking with Punch later, Iceberg Slim revealed that he was won over by Juliet’s intelligence. “Juliet is an amazing woman,” he said, adding, “When we first met, I was intrigued by her peculiar choice in music.”

He continued, adding, “After we spoke for a little bit, I was blown away by her intelligence, ambition and kind heart. I don’t think there are words to describe the relationship. To say it’s incredible would be an understatement. The most romantic thing that I’ve ever done was to get matching tattoos with the woman that I love.”

Now, the duo have reportedly taken their relationship to a new level and fans are super stoked for them.

The actress shares a son with Ghanaian ex-husband, Kwadwo Safo Jnr., whom she married in 2010 before their union packed up in 2014.