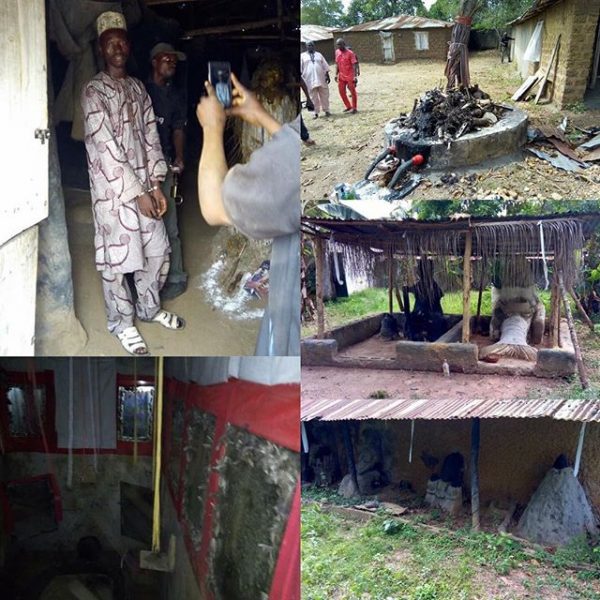 The Osun State Police command has arrested a man identified as Melue after they Uncovered his ritual den in in Elewonta village in Iwo, Osun State.
The Assistant Inspector General of Police, Agboola Osodi-Glover while parading the suspect said he was arrested following a tip off.

The Suspect took the security men round the den besieged with fetish items with many undergrounds. And will soon be charged to court. 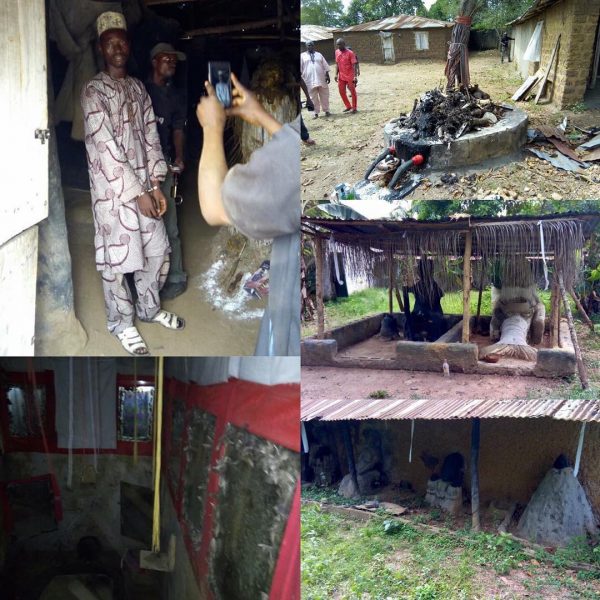