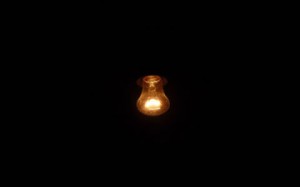 Hospitals and business center are beginning to worry over the effects of the black out at the at Angwan Kanawa, a suburb of Kaduna State which has ended Monday businesses in the state.

The only two medical facilities in the community are Al-Manaf Hospital and Shifa Hospital. While the former is owned by an individual, the latter is a charity-based outfit.

It was learnt that the community was plunged into total darkness about a month ago when a substation transformer on Raba Road got burnt.

Appeals by residents of the area to the Kaduna Electricity Distribution Company to install another feeder equipment and restore electricity to the neighbourhood were said to have fallen on deaf ears.

It was gathered that the electricity company had insisted on connecting them to a neighbouring community, which faced poor power supply.

A doctor at Shifa Hospital, Dr Hamza Ahmed, said the facility did not have funds to run on a generator, adding that it relied on power supply for its operations.

He said a 13-year-old girl, who needed oxygen was rushed into the hospital about two weeks ago, adding that she gave up the ghost because there was no power to generate the oxygen.

He said, “The situation is bad. We cannot perform surgeries because there is no electricity. There is no power to generate oxygen from the oxygen concentrator store room. There was a girl who died because the oxygen she needed was not available due to lack of electricity. We don’t have a good generator. The hospital is charity-based; we are only trying to help the community. We charge little bills.”

The doctor urged the KEDC to restore electricity to the community to prevent further loss of lives.

Ahmed’s colleague at Al-Manaf Hospital, Dr Sayyid Igbunu, lamented that the blackout forced the hospital to operate at a high cost, saying the expenses were becoming unbearable.

He said, “The hospital has been operating at a high cost. With the current economic situation of the country, we cannot transmit the cost to patients, even though we are using a generator to run the oxygen, instead of power. They cannot afford the normal hospital bills. The outage is seriously affecting us.”

A salon operator in the community, Abdullahi Sanni, said his business and other trading activities in the area had been paralysed.

“We don’t know whether the substation was burnt by some people or it burned on its own after a spark. It happened at night. For about one month now, we don’t have electricity and the KEDC has not done anything about it.

“They wanted to connect us to another community which barely has power supply. Why would they connect us to such a community? It is as good as we don’t have electricity. Business has been grounded. Most of the people that use electricity for their day-to-day activities have closed their shops.”

A resident, Emmanuel Adayehi, said the burning of the substation transformer was controversial as there was no remnant of the equipment at the spot.

He said the company was demanding N1.3m from the community for the purchase and installation of new equipment.

He said, “Experts among us who went to the site of the equipment said it was a sabotage. The installation was removed and some tyres were set ablaze. The company probably removed the transformer to push us to another community, Angwa Shanu.

“A delegation was sent to the KEDC office and I was among them. We asked the company officials what the situation was. They accused our community of having confrontations with them over payment of bills. We told them that it was not possible because most houses are using prepaid meters. The community needs N1.3m for another installation.

“Water vendors have decided to hike the price of 10 jerrycans to N400, as against N250. We can no longer get water from tap and boreholes.”

Adayehi explained that the blackout had caused security threats with prevalent cases of theft and robbery in the neighbourhood.

“There has been a growing health concern on malaria fever, typhoid, meningitis and cholera as a result of bad water. Stealing of mobile phones, car batteries and car radios is on the rise, especially snatching of female hand bags.

“Nurses in the two hospitals in the community can no longer withstand the constant harassment and assault they receive at night and this has prompted the hospital management to review their duty roster to enable the female nurses to run afternoon until when electricity is restored,” he added.

The KEDC official in charge of the community, Dauda Saidu, dismissed the allegation that the installation was removed and directed our correspondent to the head of the community for more information.

He said, “I don’t look at it as a problem. The community is in the best position to tell you why they don’t have power supply. The equipment was set ablaze by unknown persons. We told them that since the equipment had been burnt, which was the only source of giving them electricity, they should let us connect them to another community. But they said they did not want that. What do we do?”