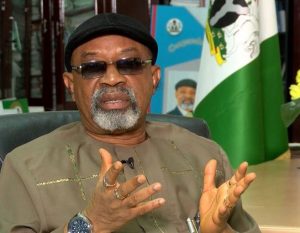 The Minister of Labour and Employment, Dr. Chris Ngige, on Thursday, said the President Muhammadu Buhari administration has created seven million jobs since coming to power in 2015.

Ngige disclosed this in an interview with State House correspondents at the end of a meeting he had with Buhari at the Presidential Villa, Abuja.

He said the administration had substantially fulfilled its promise to provide jobs, although many are qualifying the jobs in terms of white collar jobs for graduates.

He said agriculture and agric chains alone have created between five million and seven million jobs.

“We promised jobs when we came on board, but what has happened is that people tried to quantify jobs in terms of ‘white collar’ jobs for graduates from universities, polytechnic but they don’t want to look at the ‘blue collar’ jobs.

“Agriculture and its chains alone have created more than five to seven million jobs. Talk in terms of rice; from rice tilling, harvesting, sending to the paddies, mills, and even where people are making the jut bags, transportations, people are getting jobs. So, that value chain alone from agric is enormous.

“Take the N-power, we have created millions of jobs from here. Skill acquisition from the NDE and other agencies of government, jobs are being created. We give them tools as plumbers, electricians, cosmetologists, shoemakers, tilers and several other areas. We have created several jobs.”

Ngige said he seized the opportunity of the meeting with the President to brief him on the various industrial actions witnessed recently in the country.