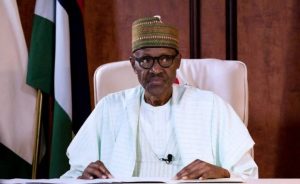 I believe you will not mind my scant courtesy. It is due to the sense of urgency with which I am writing this letter. However, it does not detract from the very high regards that many Nigerians (chief of whom I am one) and a lot of people globally have for you. That is not to say that there are not many who are pathologically opposed to your person and will therefore not see anything good in your policies and actions in office. While one may ignore this category of naysayers, there is this other category you must not ignore. They are those who mean well for Nigeria and are supportive of your government but feel disappointed with the recent turn of events in the government with particular regard to the fight against corruption.

Mr. President Sir, with the exception of first time voters, most of those who voted for you as President in 2015 did so without much persuasion because of your untainted record of public service exemplified by your almost Spartan lifestyle and incorruptibility at least, by human standards. Your modest lifestyle despite the many “plum” offices you occupied in the past, attests to your character. Even when you were overthrown as military Head of State, your successor could not fault your honesty. These were the reasons why the then opposition chose you in a most rancour-free primaries as its presidential candidate. With your choice of Prof. Yemi Osinbajo as running mate, it was clear even to the then party in power that their time was up. Truth be told, most of the governors and legislators in the National Assembly and the various state assemblies also rose to power on the strength of your popularity and the fact that they ran on the platform of the same political party as you.

Though the country has been challenged by dwindling economic fortunes since your assumption of power, most Nigerians have been very fair to you in their assessment of the situation. It is obvious to many that the nosedive suffered by the economy was largely due to the mismanagement of our national revenue during boom time. After all, that was the main reason why a majority of Nigerian voters queued behind you on the Election Day. Thankfully, the prudence of your administration in managing the drastically reduced national revenue and the concerted fiscal and monetary policies of your government seem to be reversing the negative growth of our economy and stabilising the fundamentals. What is needed now is for these to be sustained and translate to better standard of living for Nigerians.

However, despite the modest achievements of your Presidency in managing the economy and the degrading of the Boko Haram insurgency in the North-East, recent developments in your administration with respect to the fight against corruption and the emergence of new security concerns are dealing telling blows on your personal integrity and diminishing the achievements of your government. For purpose of clarity, let me itemise the most damaging of these developments.

Allegation of abuse of office against the former Secretary to the Government of the Federation, Mr. Babachir David Lawal. Though no court of competent jurisdiction convicted the now dismissed SGF, your continued retention of him months after the Yemi Osinbajo committee submitted report of its findings to you has given fillip to the claim of your traducers that your anti-corruption fight is selective. And they have some justification. As President, you have no legal encumbrances in relieving Lawal of his appointment immediately. You are not bound or required by any law to give reasons for the removal of certain categories of political appointees. The Secretary to the Government of the Federation belongs to this category. It is therefore disturbing that it took you that long to fire or clear Lawal. Your earlier decision to suspend him was a confirmation that the allegation against him had some substance. He may not have committed any crime but for a government that thrives on its anti-corruption posture, it should not be seen to condone even the slightest suspicion of misconduct at such a strategic level of leadership.
The National Intelligence Agency slush funds. This issue along with that of the SGF were referred to a committee headed by the Vice President for investigation. It is in the public domain that the committee’s report was submitted to Your Excellency almost three months ago. Your Excellency Sir, while you were away on medical vacation, many activists pressured the Acting President to take a decision on the matter. However, some of us agreed with the Acting President that he could not in good conscience take a decision on his own report. The reasonable thing was for a decision to be taken after the report has been submitted to you. Unfortunately, no decision was taken on that report for until this week making many to wonder whether there was more than met the eye on that matter.
Reabsorption of Mr. Abdulrasheed Maina. Your Excellency, the news that the erstwhile Chairman of the defunct Presidential Task Force on Pension Reforms, Mr. Abdulrasheed Maina, has been reinstated into the Federal Civil Service and promoted to a substantive Director in the Ministry of Interior was one sour grape too many. I have no doubt in my mind that those who masterminded Maina’s recall did so clandestinely knowing full well that you would never have sanctioned such impunity. Your swift directive that Maina be immediately sacked might be well-intentioned but is too inadequate a response to an issue of such magnitude. Indeed, Maina may successfully challenge your directive in a court of law as not following due process. However, there are those whose dismissals are not only desirable but also not subject to legal challenge in court. Those who authorised Maina’s recall should be given the boot. Anything short of this, Mr. President, cannot be defended by us, your unrepentant supporters.
Menace of herdsmen. Your government’s achievement in restoring peace and order in the North-East states of Borno, Yobe, and Adamawa are being dwarfed by the murderous activities of herdsmen across the country. The premeditated killings and maiming going on in the name of cattle grazing is mind-boggling. Sadly, the response of security agencies to these incessant killings leaves much to be desired. Your perceived indifference to the issue and the impunity of the herdsmen have made many to believe they are being protected because they share ethnic affinity with Your Excellency. Not a few people wonder how such terror can be unleashed on fellow citizens by the herdsmen without the active connivance of state apparatus. Your Excellency, it is gratifying that you have condemned in the strongest of terms the most recent killings in Plateau State and ordered that the criminals be fished out. I appeal that this order must not only be fully and consistently complied with, but culprits should be made to face the full wrath of the law.
It is my belief that your prompt response to the issues raised above will allay the fears of many Nigerians that your government has been hijacked by the enemies within and restore their confidence in your ability to take decisive actions at critical moments.

Please, accept the assurances of my highest regards, Sir.