The popular ‘Squareville’ mansion in Lagos, home of embattled Psquare brothers, Paul and Peter Okoye, has allegedly hit the market for sale.

Perhaps the Psquare brothers have finally decided to sell their joint properties as part of the separation saga.

According to reports on Friday, visitors to the iconic mansion located on Lola Holloway Street, Omole Estate, Ikeja, were met with `For Sale’ sign-post in front of the property.

At the time when Psquare moved into the mansion in 2010, Peter Okoye was quoted saying, getting a land in Omole Estate (Ikeja, Lagos) alone is N100m.

“When you look at the house, especially the finishing, it is over $2million, and when people speculated that the house was worth N300 million, we had not even finished the interior.

“What do you think is the cost of a mansion that has a swimming pool, six living rooms, and ten master bedrooms, all fully furnished.”

There have been strains in the relationship of popular Nigerian music duo in recent times.

Social media was set on fire recently after Peter posted a Snapchat video revealing that he is in Philadelphia on his own for a solo show  without his twin brother, Paul.

My name is Mr P, Peter said As from today, guess what? Its show time, I’m about to go on stage.

This post came days after his brother, Paul wrote on instagram saying; “Only a woman can come where there’s peace and destroy it.’’

According to a letter sent to their lawyer recently by Peter, he demanded for a termination of the agreement as a group.

Peter based his decision on some serious allegations against his twin Paul and Jude their older brother and manager.

He accused Paul of no longer willing to co-operate with him, and the cancellation of their scheduled music tour to the United States.

He added that Paul was also slandering his wife and children with lies on social media, and alleged that his family was being threatened with threat messages.

Peter further accused his older brother Jude of once threatening to kill him and shoot his wife Lola.

Peter stressed that he was tired of the drama and all he wanted was opting out of the Psquare group and contract.(NAN) 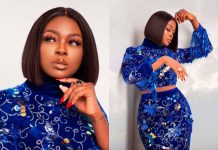 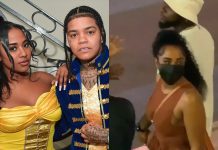