Deolu
The President of the Nigeria Labour Congress has made shocking revelations accusing Governor Nasir El-Rufai of mischief. 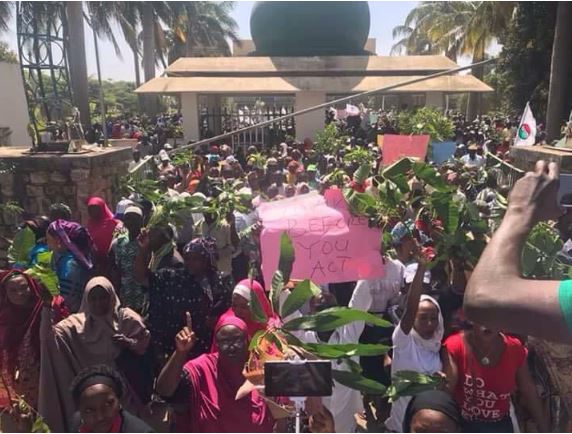 The Nigeria Labour Congress said on Friday that it had uncovered plans by Gov. Nasiru El Rufai of Kaduna State to embark on a mass sack of workers.
Addressing a news conference in Abuja, NLC President Comrade Ayuba Wabba said that the recent sack of teachers was a pointer to the planned mass sack of workers in the state.
He said that laying off workers would deepen the level of poverty and deprivation in the country.
“The Nov. 8 mass protest by workers was to express our collective opposition to the anti-workers policies of the governor.
“What surprises us is his penchant for falsehood and fraudulent claims in his quest to impose hardship on the people, especially workers.
“For instance, the claim that the competency test conducted for teachers was transparent is not only false but also shrouded in arrant fraud.
“We have found out that some of those who were said to have passed the test were either dead, retired teachers or those who left service two years ago.
“Also included were school guards who were never engaged in the teaching profession.”
He said it was clear that the state government was only interested in the mass sack of workers going by the recent developments.
“The target is workers in the civil service, local government, ministries, departments and agencies,” Wabba said.
According to him, the planned sack is targeted at about 5,000 local government workers and 8,000 in MDAs.