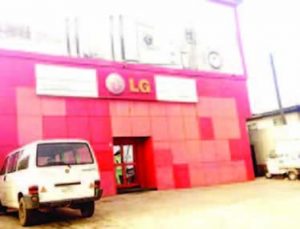 A security man identified as Taiwo was found dead at an electronic appliance retail shop, on Wednesday in front of his shop.

According to reports, he slumped in front of the shop located on Oyemekun Road, Akure, the Ondo State capital.

Eye witnesses said the cause of the death had yet to be known at the time of filing this report, but it was gathered that his lifeless body was found in front of the shop by some workers of the retail shop, who resumed duty early.

One of the witnesses said, “The men of the state police command were invited to the scene, and the corpse was taken to a mortuary by the policemen.

“There was no sign that the man was killed because there was no gunshot injury or any mark on his body.”

A member of staff of the shop, who spoke on condition of anonymity, described the deceased as an active person, saying he did not show any sign of illness before the close of work on Tuesday.

“However, when we resumed for work this morning (Wednesday), we found his body on the ground. It is unfortunate,” he said.

The Police Public Relations Officer for the state police command, Mr. Femi Joseph, said the command had begun investigation into the matter to unravel the cause of the death.

He stated that the command had yet to arrest anybody in connection with the incident, adding that some workers of the shop had been invited.

“There is nothing yet to show that the man was killed.

“However, the Ondo State Police Command has started investigation into the matter,” Joseph said.