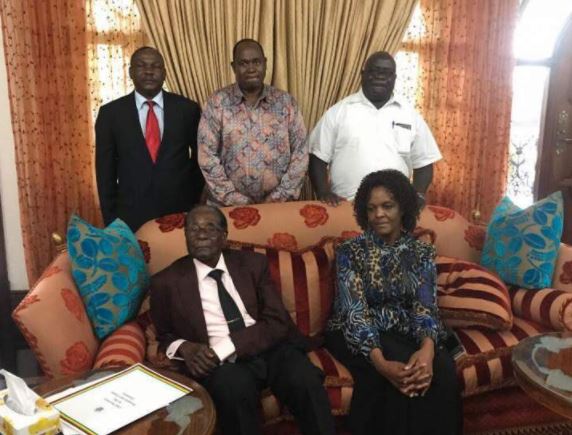 This is the picture of former Zimbabwean president Robert Mugabe, 93, and his wife Grace purported to have been taken just before the nonagenarian signed his resignation letter on Tuesday. The photo has since gone viral on social media.
This is the first picture that has emerged since Mugabe stepped down.
The picture shows Mugabe and his wife with the veteran leader’s “friends”, including the country’s former reserve bank governor Gideon Gono.
Grace looked “humbled” in the photo as she sat by her husband.
A social media user @mtyala said: “Grace looks like she hasn’t slept in days, the arrogance wiped from her face. What’s “stress” in Shona?