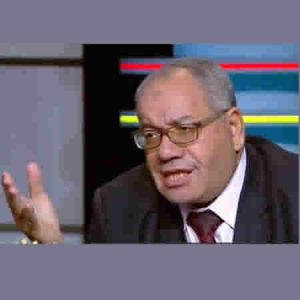 An Egyptian lawyer has come under attack after stating that women who wear ripped jeans should be raped.

The lawyer identified as Nabih al-Wahsh said if a woman wore such trousers, she deserved to be sexually assaulted and harassed, and said it was an Egyptian man’s ‘national duty’ to rape her.

The jaw-dropping comments came during a television appearance on satellite channel Al-Assema.

Al-Wahsh appeared on the talk show where the invited guests were discussing laws on ‘inciting debauchery.’

He said if women wear jeans with rips that show any part of their legs, they are inviting men to harass them, Al-Arabiya reports.

He added that raping women who wear ripped jeans is ‘a national duty,’ implying that this would not only be what the women deserved but a way for them to learn self-respect.

He said: “Girls must respect themselves so others respect them. Protecting morals is more important than protecting borders.”

This is not the first time Al-Wahsh has behaved outrageously in a television studio. Last year, he appeared on a talk show with an Australia-based imam who argued that wearing a hijab — a headscarf — is a choice and not a religious requirement for Muslim women.

This infuriated Al-Wahsh, who took off his shoe and beat the imam round the head with it on live television.