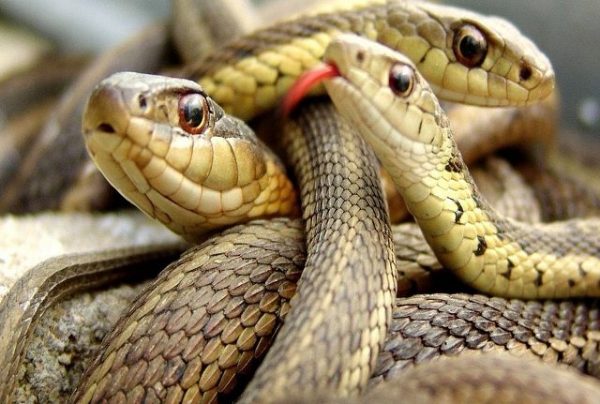 At least two hundred and fifty victims of snake bite have died in the last three weeks in Plateau and Gombe States, according to a tally given by three medical centres.

It was gathered that the usually preventable deaths came on the back of an acute scarcity of snake anti-venom drugs in the country.

A correspondent of the News Agency of Nigeria (NAN), who visited the three medical centres, met other victims in critical conditions, with some of them left on bare floor as the doctors said they were helpless without the anti-venom.

NAN reports that the snake anti-venom drugs – Echitab Plus ICP polyvalent and Echitab G monovalent – had not been supplied to the country since August, throwing the treatment centres into crisis after the last vials were used up in the first week of October.

Medics, who spoke with NAN at the three treatment centres, said that the cases of snake bites were usually very common during the harvest season.

“We receive an average of 50 victims every day. Some arrive here in very critical conditions and we just have to watch them die because we are helpless,” Abubakar Abdullahi Aliyu, Managing Director, Aliyu Mega Pharmacy, told NAN in Gombe.

He said that more than 70 victims had died in the last three weeks following the lack of anti-venom to treat them, adding that some came from Adamawa, Taraba, Bauchi, Borno and Plateau States.

“An average of six deaths are recorded daily. If you go to the snake treatment centre at the Kaltungo General Hospital, you will pity the victims; the lucky ones among them get supportive treatment, while many are left to fate since the drugs are not available.

“Between August and October, we received 750 victims. We were given 700 vials of the anti-venom on August 31, but we exhausted them before October. Many people are just dying. It is a major crisis,” he stated.

Aliyu said that the only available drug – Indian anti-venom – was not as effective in the treatment of the bites from carpet vipers, the commonest poisonous snakes in the country.

“We have tried the Indian anti-venom, but it does not elicit much response. Sometimes, we give six vials and more to a patient, but the effect will be minimal. If we had Echitab drugs, one dose is enough to cure a patient,” he said.

The pharmacist urged the Federal Government to promptly step in to assist Echitab Study Group, the outfit coordinating the supply and distribution of the Echitab drugs, so as to make them available.

Dr. Abubakar Ballah, the Snakebite Treatment Officer, told NAN that the situation was “sad and scary”.

“We have a serious crisis here. In the last one week, 139 patients were admitted with 77 absconding when we appeared helpless, owing to the non-availability of the anti-snake venom drug.

“Some were unconscious when they were brought here. Sometimes, it is corpses that are brought to us.

“In the last few days, we have recorded 21 deaths. The figure is more because many of those that absconded were in bad shape; many others did not even bother to come here because of the fore-knowledge of lack of anti-venom in the centre.

“The last drug was used on October 13. We try to give vitamin K to the victims to enhance blood clotting in the absence of anti-venom because bites from the viper snakes cause bleeding which is difficult to control without anti-venom.

“It is a critical period, but we are helpless. This is why we call on the government to work with the Echitab Study Group to provide a lasting solution to this menace.

“Already, some criminals are faking the drug and selling it at N43,000 per vial, contrary to the original anti-snake venom sold by the Echitab Study Group at the cost of between N13,500 to N30,000.

“What we must avoid is a situation where desperate people produce fake drugs. We must work toward an effective handling and supply of the drug to guarantee quality and ensure that only genuine drugs are supplied to the treatment centres.’’

He urged government to treat the issue as a national emergency.

“The need for the snake anti-venom should be seen as a security issue with its necessity equated with having an army, customs service, police force and other security agencies.

“The government should work with the Echitab Study Group to have a reliable supply channel; government should subsidise the cost to avoid a major crisis like the one in our hands now, because we find it difficult and embarrassing to explain the situation to our patients.”

NAN found an equally bad situation at the Comprehensive Medical Centre, Zamko, with Dr. Titus Dajel, the Medical Superintendent, stating that more than 200 patients were admitted in October alone.

“There are many victims, but we cannot help because there is no anti-snake venom available now. We have had more than 200 cases in the last one month, with many of them losing their lives.’’

He equally explained that the centre had tried the Indian anti-venom on patients but did not get the desired results because the specifications are different.

“The most effective drug is the Echitab anti-venom which is produced using the venom of snakes from Nigeria,’’ he said.

Dajel regretted that traditional healers had taken advantage of the situation to extort monies from victims after promising to heal them.

“What the herbalists are doing is trial and error. Most victims bleed in the brain because the venom is vicious; traditional healers cannot tackle that because they concentrate on healing the wound,” he explained.

Dajel urged the Federal Government to treat snake bite as a national emergency and take urgent steps to make the anti-snake venom available.

“Continuous importation of the anti-venom is dangerous, especially in view of the rising cost of the dollar. We must look into the possibility of domesticating the production of the drug to avoid constant crisis,” he said.

He explained that the cases of snake bites had become more common in the area because of the ongoing harvest by farmers.

“It is the peak period of snake bites; farmers go to the bush to harvest crops and get attacked by snakes who are out of their holes because of the hot temperature.

“Some snakes go under heaps of rice gathered together preparatory for thrashing, in search of shelter from the scorching sun. Such snakes pounce on farmers when they open the heaps to start thrashing.

“Some snakes also move in groups in search of rats at yam farms where they clash with farmers harvesting the produce,” he said.

Dajel said that the centre had advised farmers to wear protective items like boots and gloves, and urged government agencies charged with public enlightenment to educate farmers on ways to protect themselves against snake attacks.

Mr Tim Golu, member of the House of Representatives representing Pankshin/Kanam/Kanke in Plateau, who also decried the non-availability of the snake  anti-venom, said that the situation had been “catastrophic’’ to his constituents.

“We have lost so many people in the past few weeks. As we speak, we have several cases in my own village in Kanke. The comprehensive health centre in Zamko is usually their only hope, but there are no drugs there. It is a huge disaster.

“The shortage of the drug has led to a sharp rise in the prices of other options. It has also led to the production of fake and adulterated vaccines, which have caused deaths and deformities,’’ he said.

He appealed to the federal, states and local governments to intervene by committing funds for the purchase of the anti-venom, and regretted the colossal damage in the past few weeks.

Golu said that he had initiated a bill for the establishment of a National Centre for Research and Production of Snake Vaccines which would soon go through public hearing.

Reacting to the non-availability of the snake anti-venom drug, Dr. Nandul Durfa, Managing Director, Echitab Study Group, Representative of the two companies that produce the anti-snake-venom drug in Nigeria, blamed the situation on the “late placement of order for its production”.

“It is very sad that there is a sudden shortage that culminated in many deaths. The drought is due to technical hitches in the production chain which is being looked into, to prevent a recurrence.

“We have adopted measures to ensure continuous supply of the product and want to ensure that only quality anti-venom drugs are brought to the country. We want to guarantee continued supply so as to avoid the supply of fake anti-venom drugs from multiple supply channels.’’

He said that the federal and state governments, religious bodies, NGOs and individuals had often procured the anti-venom for free distribution to victims and were eagerly waiting for supply “in view of the deadly consequences of the shortage”.

According to him, the Echitab Study Group used to distribute the drug free to patients at the treatment centres, particularly at periods when government stopped financing the supply.

“On few occasions, however, we were forced to charge a little token to cover the cost of transporting the drug to the direct users,’’ he said.

Durfa confirmed that the Echitab Study Group was already working with the Ministry of Health to explore areas of collaboration toward manufacturing the drug locally, via a Public-Private-Partnership (PPP) arrangement.

He declared that snake bite was a menace that must be taken seriously because it was “worse than Ebola, Monkey Pox and even HIV/AIDS”.

“It affects rural dwellers who are major contributors to our GDP through farming, cattle rearing and mining. This is why we believe that even the Ministry of Agriculture and Rural Development should take interest in the management of snake bites.,” he said.

Muhammad Sanusi II, emir of Kano, has attributed poverty in the north to the predominant culture of marrying more than one wife. The emir, who...
Read more
- Advertisement -