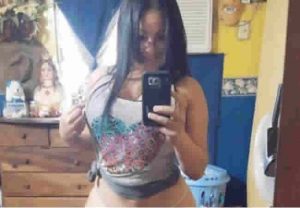 A teacher is facing jail after she forced pupils to have sex with her in exchange for good grades.

Identified only as Yokasta M, the 40-year-old threatened to fail the pupils if they refused to sleep with her.

She taught at a school in Medellin, Colombia, according to Canal 4, which reported that she was caught when one of her victims spoke to his parents after his father saw pictures of her on his phone.

He told them that she would send explicit pictures of herself via WhatsApp after approaching them on social media.

She offered to ‘help with their studies’ before sending the images and offering sex to the 16 and 17-year-olds in exchange for good grades.

She is now facing 40 years in prison and her husband is seeking a divorce.

One of the pictures, posted online by one of her victims, shows her lying on a bed of cuddly toys with a pink bear covering her vagina.

The student wrote: “This is the teacher Yokasta, who tells us that she disapproves of us if we do not have relations with her.”

Other photographs show her in bikinis and standing in suggestive positions.