American recording artist, August Alsina is not happy and he’s ranting on twitter blaming his record label, Def Jam for delaying the release of his new album. 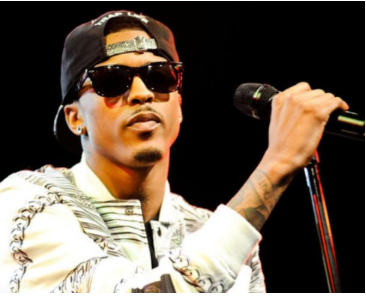 August Alsina who hasn’t dropped an album since late 2015 has been preparing for the release of his third studio album release all year is now blaming his label Def Jam for the delay.

The 25-year-old artist said the album will be out next year, but if were up to him it would have been much sooner than that, his tweet reads, “I would love to put my album out but DEF JAM is holding it/me hostage because the system is not up & running until next year so they basically dont exist. The label is just TRASH I will release free music soon but that has been the hold up. Tell Them to FREE ME & the Album.” 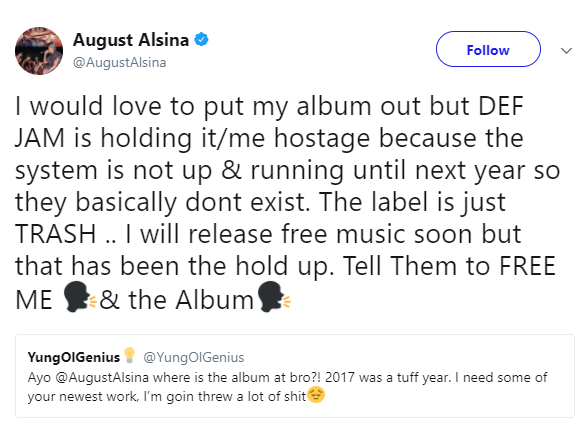