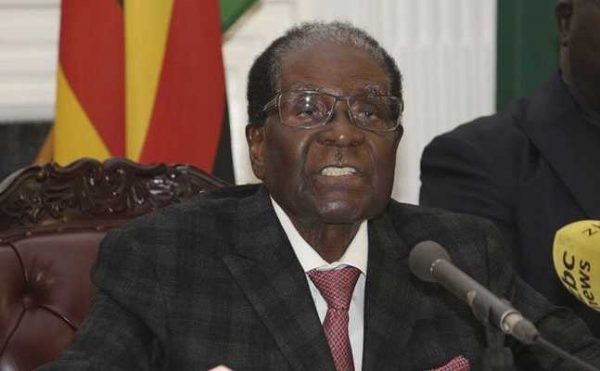 Robert Mugabe on Tuesday resigned as president of Zimbabwe after 37 years in power, sparking wild jubilation among his countrymen and a meltdown of the internet.

It was a not-so-unexpected climax to the leadership saga that’s gripped the southern African country since the military stormed the capital, Harare last week and held the long-serving leader under house arrest.

There were familiar, creepy moments of anxiety during the week-long impasse as the 93-year-old defiantly vowed to hang on in a nationwide address weekend.

But the will of the people prevailed in the end – and maybe for the first time – as Mugabe finally handed in his resignation earlier today moments after the country’s parliament began an extraordinary motion for impeachment.

The announcement was greeted with wild scenes on the streets of Harare, where crowds have been gathering since Sunday in protest of the seeming endless political deadlock.

Placards were raised, car horns blared and people danced on the streets as they look forward to embracing a new era devoid of the shadow of Mugabe.

The ruling ZANU-PF and the influential war veterans have called for calm as the country charts a new course, while Mugabe’s one-time nemesis, former PM Morgan Tsvangiria, sees this as an opportunity to right the ills of the past.

There has been a flood of reactions online, with many celebrating the fall of the strongman.

Robert Mugabe finally resigns. Big Sam said to be in the frame.

Mugabe has resigned. Zuma on a fact-finding mission.

Can he get some facts on how to resign please?#zimbabwe #mugabe

Hope someone has froze the bank accounts, hello Switzerland this his Mr Mugabe calling

*BREAKING NEWS!!!!!*
Robert Mugabe is still President of
Zimbabwe.
But this time the (P) is silent.!!!!! @Mr_SuitUp @sihwathembe