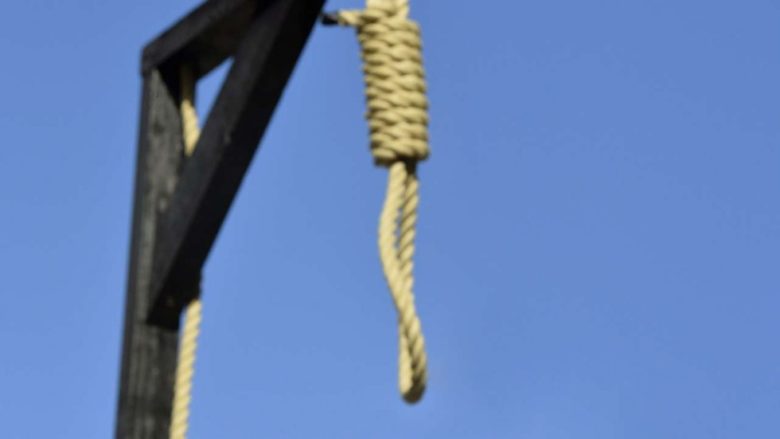 Two men who allegedly stole a lady’s handbag, telephone and other personal effects at gunpoint will die by hanging or firing squad, an Anambra State High court has pronounced .
The High Court sitting at Ihiala Local Government Area of the state and presided over by Justice Okey Onunkwo said there was sufficient evidence to convict the duo.
Our correspondent gathered that the suspects, Anene Maduka, Ikenna Obi and Osadebe Ezeh on February 2, 2017 allegedly stole a mobile phone, a handbag and N10,000 cash belonging to one Miss Chinonye Ogujiuba of Eziama Uli.
The Nokia phone was valued at N15,500, while the handbag was estimated at N2,500.
Anene Maduka, charged with the other suspects was, however, discharged and acquitted for lack of evidence.
The identity of Maduka, who was the first defendant in the case, was made an issue in the trial and the court agreed that he was not properly identified even though the victim gave evidence that he was waiting for the others on his commercial motorcycle while the robbery lasted.
In his submission, the defense counsel for the convicts — Calistus Ohanusi and Enright Okilie — had argued that the burden of proof on criminal matters rested on the prosecution who he said did not prove that their clients robbed, or took part in robbing the victim, maintaining that there was no sufficient evidence to convict them.
The Prosecution Counsel, Charity Madukife, submitted that the burden of proof had been discharged by calling eye witnesses; adding that the defence could not fault the evidence adduced.
Delivering the judgment, the presiding judge, Justice Okey Onunkwo, said there was no sufficient evidence against the first defendant (Maduka).
The judge said,”There was eye witness evidence against the convicts, as the victim had raised the alarm after the robbery, leading to the arrest of the culprits at Umudimogo Ihiala, after which they were handed over to the police.”
Justice Onunkwo thereby sentenced them to death by hanging or firing squad.