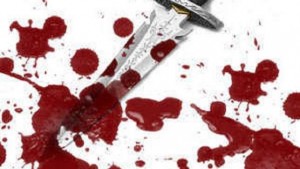 A 23-year-old man, identified as Ebuka Eze, was murdered by two siblings in Niger State.

The siblings were identified as Ekana and Henry Sunday, 24 and 22 years old respectively.

According to the police, the suspects were trailed and arrested in the Bosso area of Minna, opposite the Federal University of Technology.

The father of the deceased, Peter Eze, 65, from Enugu Ezike in Enugu State, lamented the gruesome murder of his son, insisting that it could not have been an act of God.

“This is not an act of God, no! I can’t believe this; it is difficult to attribute this devilish act to the will of God. Why should they kill my son?

“Those who killed my son must tell me why they did it and who sent them to carry out this ungodly act. The law must take its course. My son is very innocent, he has not committed any crime to deserve this wicked death,” he lamented.

Eze told Northern City News that in 2008 when Ebuka left him to learn a trade in Abuja after his secondary school education, “we had hoped that one day he will become a man of his own and take care of us. Now death has taken him away from us; what a wicked world!”

It was gathered that Ebuka, who sold chemicals in Bosso, was the second child of his parents and had only two years left to learn the trade before he was allegedly murdered in the shop by the two siblings.

The suspected killers were said to be children of Ebuka’s long-time customer, simply identified as ‘Oga Sunday.’

A neighbour to Ebuka, who spoke on condition of anonymity, said he saw the suspects with the deceased a day before he was killed.

He said, “On Friday, that week, I saw them (suspects) in the shop pricing things. They even assisted me to load some things that I bought into my car, probably trying to hurry me away from the shop.

“They knew Ebuka through their father who was his customer. I was surprised to learn they were the ones that killed Ebuka.

“I spoke with Ebuka about 20 minutes before he was killed. I called him to get a number from him, but 10 minutes later when I called back, the telephone was ringing but nobody picked it. Shortly after, I was told that some boys had attacked him in the shop.”

The Command’s Public Relations Officer, Abigail Unaeze, confirmed the arrest, saying the suspects would be charged to court on conclusion of investigations.