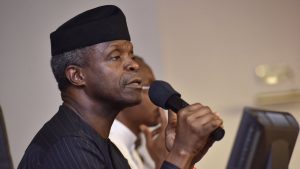 Vice-President of the Federal Republic of Nigeria, Professor Yemi Osinbajo has called on Nigerian youths to utilise the productive period of their lives, noting that while time waits for no one, obtaining a degree certificate does not always translate to success in life.

Osinbajo spoke at the 10th convocation of the Lead City University, Ibadan where 590 students were awarded first degree certificates in various disciplines on Thursday. Among them, 39 students graduated in the first class category.

At the event, the Chairman of Benin Electricity Distribution Company, Victor Osibodu, and the Chairman of Musoro Booksellers, Kolade Musoro, were also honoured with doctorate degrees.

Osinbajo, who was the special guest at the ceremony, said, “I was 60 years old in March this year, and I must confess that one of the greatest surprises I ever experienced was that I just suddenly became 60. I can clearly remember when I graduated from the university. I was 21 years old at the time. How time flies.

“One of the important lessons that you will learn is that time flies whether you are wasting it or you are using it well. It simply flies back. At the age of 60 years, I am entitled to give some advice.

“By talent, a good degree and coming from a very well-to-do family does not bring success and certainly it does not bring greatness. The most talented people, those who get the best degrees do not necessarily become the most successful in life.

“The difference between success and failure, mediocrity or excellence is character. Along with character is opportunity, perhaps the most crucial is the grace of God. Character is a set of values that shapes the conduct of an individual. It is a set of principles spoken and unspoken that a person observes and lives on.”

In his address, the Oyo State Governor, Abiola Ajimobi, who accompanied the Vice-President, said he was optimistic that the LCU would one day be ranked among the top 10 universities in Nigeria. 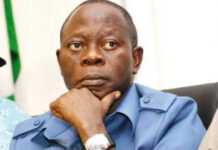 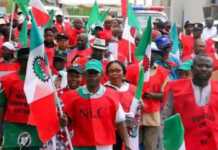