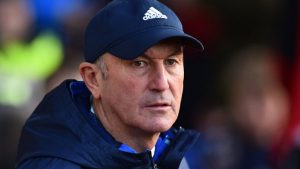 West Bromwich Albion have confirmed the sacking of Tony Pulis as the club’s manager, this was confirmed on Monday after a poor run of form that saw the Hawthornes slip to 17th in the Premier League table.

Pulis has had just two wins in his last 21 Premier League games following Saturday’s 4-0 defeat to Chelsea are currently one place above the relegation zone after an 11-game winless run in all competitions.

“These decisions are never taken lightly but always in the interests of the club,” chairman John Williams said on West Brom’s official website.

“We are in a results business and over the back end of last season and this season to date, ours have been very disappointing.

“We would like to place on record our appreciation of Tony’s contribution and hard work during a period of transition for the club which included a change of ownership. We wish him well in his future endeavours.”.