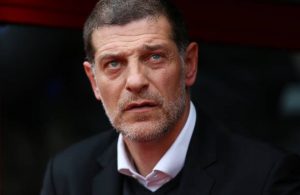 Slaven Bilic appointment has ended as manager of Westham on Monday, following a series of bad results that have left the club in the Premier League relegation zone.

According to reports on the club’s official web site, it said “West Ham United can confirm that Slaven Bilic has today left his position with the club. ”

The club hierarchy “believe a change is now necessary in order for the club to move forward positively and in line with their ambition”, the statement added.

The Croatian, who was appointed in June 2015 on a three-year contract, suffered a 4-1 loss to Liverpool on Saturday in his last game in charge.

The West Ham statement added: “The club’s search for a new manager to take West Ham United forward is under way and an announcement regarding Bilic’s successor is expected to be made over the coming days.”

Speaking after the chastening defeat at the hands of Jurgen Klopp’s Liverpool on Saturday, Bilic admitted he did not know if he would be given time to turn things around.

“Of course I believe in myself. I definitely don’t feel a broken man. I’m very strong. I believe in my dedication and my previous work. I know my value.

“On the other hand the situation for West Ham is not good. The club is above every individual and that includes me.

“Are we playing well? No, we are not. It’s me that has to take responsibility.”