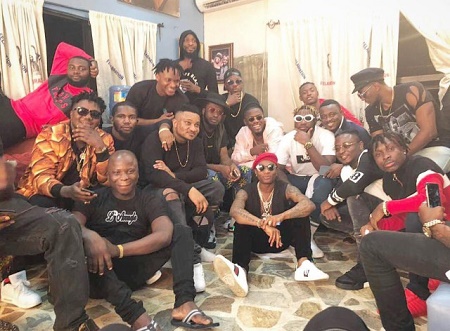 Wizkid’s new video, Manya has been taken down from YouTube, and it has been revealed that the video was taken off his Vevo and Starboy’s YouTube accounts due to “contract infringement” with Sony.

The contract allegedly places a limitation on the amount of local content he can release.

This might explain why he didn’t release the video for Medicine featuring, Flavour and Phyno, despite gushing over the video two months ago.

According to reports, the song, Manya is originally owned by producer, Mut4y of Legendury Beatz.