Home News Feed Woman Was Burned Alive By Her Ex Classmate
Facebook
Twitter
WhatsApp
A woman has been brutally killed after she was burned alive by her former classmate because she did something he didn’t agree with. 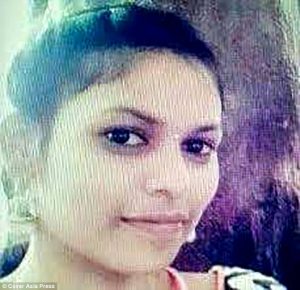 A man infatuated with a girl in India has burnt her to death after she refused his proposal, leaving her mother and sister battling for their lives in hospital.
Victim Induja Mugam, 22, a promising engineering student from Chennai in southern India, had been stalked by former classmate Akash, 22, for over a month.
On Monday night at 8.45pm, Induja was at home with her mother Renuka Mugam, 44, and sister Nivedha Mugam, 21, when the the doorbell rang.
As it was late Induja didn’t open the door but called out. Akash stood outside and insisted he wanted to talk.
Initially Induja refused to open the door but eventually she agreed to talk. But as soon as she opened the door Akash poured petrol over her and lit a lighter before she became engulfed in flames.
Renuka and Nivedha rushed to help her. Neighbours heard the screams and also rushed over but Akash quickly fled.
All three were rushed to Kilpauk Medical Hospital, but Induja was declared dead on arrival.
Both Renuka and Nivedha were rushed into intensive care with 49 per cent and 23 per cent burns respectively. 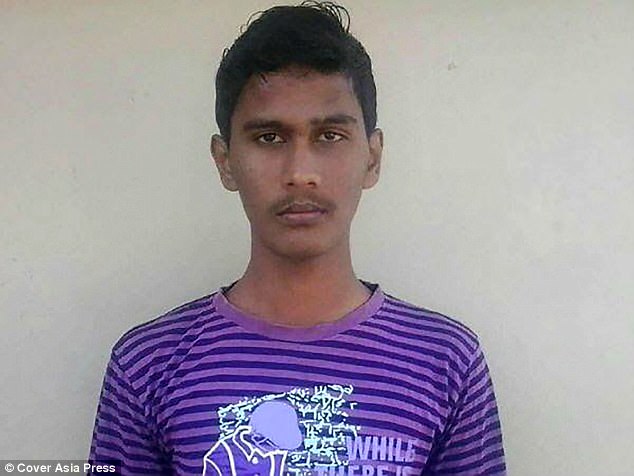 Dr Ashiq, duty medical officer at Kilpauk Medical Hospital, said: ‘Mother and daughter were in a bad way on arrival. Mother was critical.
‘Since they were admitted both have been moved to a different hospital and [are] currently being treated there. They’re battling for their lives.’
Induja’s father, Shan Mugam, 45, who works in Canada, was informed of the incident over the phone and immediately got on a flight. He landed in India yesterday to perform the burial rituals for his daughter.
Family friend Arul Nagrajan, 43, said: ‘We are still in shock by the incident. Shan is devastated. We have lost a daughter. Her mother is still critical and is battling for her life. And her sister is scarred forever.
‘We were looking for a groom for Induja but she wasn’t interested in him. She made it clear. He has left everyone in shock and pain. Akash should be given the strictest punishment; he has ruined our family. He needs to be hanged.’
A special team was deployed to find Akash, who was eventually arrested on Tuesday morning as he waited for a bus at Adambakkam bus stand.
Inspector S Murli, of Adambakkam Police Station, said: ‘The family has alleged that Akash was in love with Induja and had harassed her for a long time. He had allegedly proposed which she refused.
‘The victim’s father works abroad and was not at home when the incident happened so Akash grabbed the opportunity to attack the women in the house. He has been arrested and has confessed to the crime.’
Akash has been arrested under Section 302 (murder) of the Indian Penal Code and will remain in police custody until a date is set for the trial.