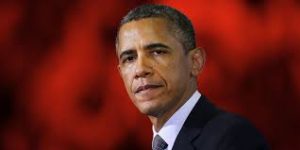 A Texas woman has been charged with mailing explosive devices to former President of the United States, Barack Obama and Texas governor Greg Abbott that she made using a cigarette packet and a salad dressing cap.

Court documents show that 46-year-old Julia Poff could have caused severe burns or even killed Texas Republican Governor Greg Abbot if the package she mailed to him had been opened as intended.

Agents were able to trace the improvised explosive device back to Poff on the basis of a destroyed shipping label.

A Pall Mall cigarette packet and a salad dressing cap used to create the bomb were also found to have originated from Poff’s home.

Packaging for the cigarettes was found in her home in Sealy, Texas; as well as large quantities of fireworks. Black powder of the kind used in pyrotechnics formed the explosive component in the device.

Poff sent a similar device to the White House during the Obama presidency, the documents for the prosecution show. The F.B.I. determined hair found on the package had come from one of her cats.

It appears that Poff was motivated to send the letter bombs because of financial difficulties and grievances over government payouts.

When it came to Abbott, Poff was upset that when he was the Texas Attorney General, the state had not ruled in her favour in a dispute over support payments from her husband.

Her complaint with the federal government was more convoluted. Documents for the prosecution claim she blamed the Obama administration because her application for social security benefits had been denied. The investigating agent also stipulated that Poff did not like the president.

As well as being accused of attempting to kill or maim politicians, Poff is also charged with falsely declaring bankruptcy and peddling fake nutritional supplements.

Following Hurricane Harvey, Poff asked for funds for a widowed father and a young child. The state says she failed to pass on the donations made to her at the law firm where she worked.

Poff, who has pleaded not guilty to the bombing charges, faces a prison sentence of more than 10 years if convicted. The case continues.
Source (Newsweek)