Deolu
Policemen in Lagos state have arrested a suspected human trafficker who uses charm to attract men to her business. 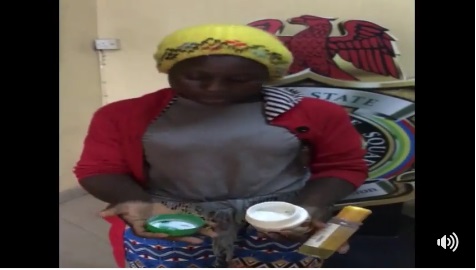 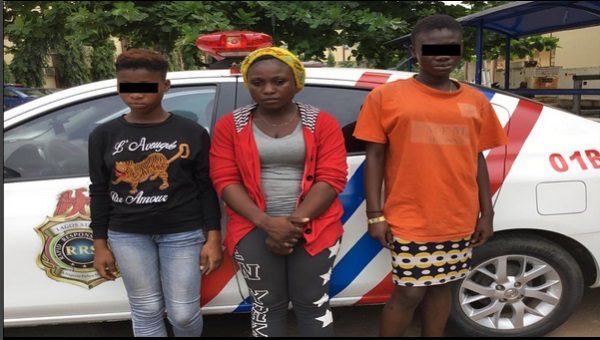 A female human trafficker alleged to be a prostitute identified as Martha Edea, 30, has been arrested in Lagos state while on her way to Ivory Coast.
The suspect who was arrested on Thursday was seen with a creamy substance, she said the charms were specially prepared for her to get more customers when she gets to Abidjan where she had been a prostitute in the past one year
Speaking about her work, Martha said: “I prepared two charms for the trip. One is a cream to make me to see work or get customers. Everybody dey use am. My friend recommended it to me. The other is ‘back to sender’. I bought that in an open market in Benin.”
Martha, a mother-of-two, according to her, she was lured into prostitution in Ivory Coast by one Mariam who told her there were chances of securing a good job there. She was later introduced to prostitution where she slaved for months to raise N180, 000.
Martha was later abandoned in Abidjan by Mariam, who after collecting the repayment travelled to Spain. Arrested with Martha, were two teenagers she recruited in Benin, Edo State.
They were en-route Abidjan through Lagos when those who suspected them reported them to RRS officers in Ojodu Berger. The teenagers are Francess Bamidele, 19 and Elo Etim, 18.
While Francess didn’t inform her guardian about the trip, Elo notified her mother after being fully briefed that the job is prostitution, the mother prayed for her, assisted with some money and a phone number to call.
She was reported to have said “instead of giving it free to boys on the streets, go and make money with it where you are going.”