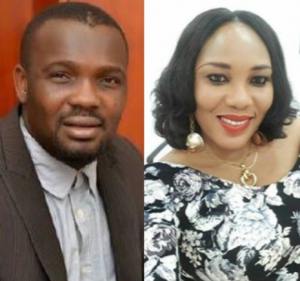 Nollywood actor and filmmaker Yomi Fabiyi has written a petition to the Lagos State commissioner of Police through his lawyer, Barrister Bardu to lodge a complaint in reaction to a lady who accused him of sexual harrassment on Instagram.

During the week, Eniola Omoshalewa Eunice who goes by the name @ennygold1 called out the actor saying he wanted sex for a movie role about 9 years ago.

She wrote, ‘this stupid guy, I remember my encounter with him about 9 years ago wen I was so passionate about acting. I was happy wen I met him as he promised that he would feature me in a movie that very day. I was so excited, I quickly called my people that I wouldn’t be coming home. I dey go location.

Only for him to be telling me that shey I know I cant sleep in a separate room when we get to the location o. At ikorodu. That we have to sleep together and he will have sex with me before he can feature me at all. He say na normal tin for all actresses o. I was so heart broken. You know what dis guy now did? As I told him I can’t do it, he just dropped me along the expressway in the middle of the busy road in Ketu. I cried till I arrived home. My mama just dey console me like baby’.

Yomi Fabiyi in his response wrote, ‘Please anyone who know or has or had direct dealings with this woman and how she can be reached physically should DM me or whatsapp me ONLY via 08029062692, better still pass the info to Barrister Badru M B via – 08134821247.

It is not in my habit to warn or be on the wrong side of the media as I believe we are in here for one another with high respect but please if you are not part of the this “pull him down by all means syndrome” campaign going on, I advise you avoid letting this cheap “BLACKMAIL” seat on your portal.

To my friends, fans and close allies that know me so well, one thing is crystal clear, I will not walk anybody out of my car in a manner that terrible lies has pointed. So many lies and discrepancies in the story. I do not know who is behind this but I am sure they are not someone with better lives and they shall meet their waterloo very shortly.

“I will see this to a logical end and ensure criminals like this are not allowed to spoil the cyber space or hoodwinked people into falling in line with their jaundice or criminality. In the interim, let us relax and see how things pans out.”