29 Out Of 4,294 Law Students Graduate With First Class

Deolu
The Director-General of the Nigerian Law School, Olanrewaju Onadeku has disclosed that about 29 law students graduated with first class. 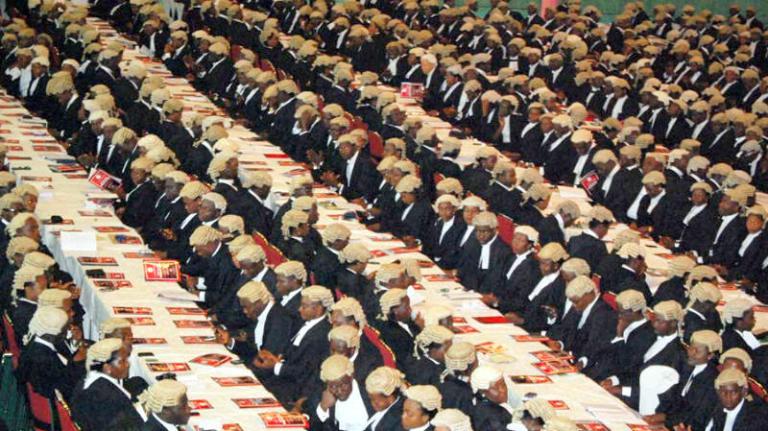 The Nigerian Law School on Tuesday said 29 out of the 4,294 candidates called to the Nigerian Bar bagged First Class after the August 2017 bar examinations.
The Director-General of the school, Mr Olanrewaju Onadeku (SAN) disclosed this at the Call-to-Bar ceremony in Abuja.
Onadeku said that the students were those successful at the August 2017 Bar final examinations and others from previous examinations as conducted by the school under the supervision of the Council of Legal Education.
He said that the 29 students were produced by the University of Lagos, University of Nigeria, Nsukka, University of Uyo, Obafemi Awolowo University, Babcock University, University of Ibadan and Osun State University.
According to him, others are from University of Ilorin, Lagos State University, Ambrose Alli University, Afe Babalola University, Adekunle Ajasin University and Igbinedion University.
“I particularly commend the 29 students; theirs is the highest number ever attained.
“They have worked hard to merit their grades after a very thorough assessment and have done the Nigerian Law school and their families proud.”
Onadeku disclosed that 72 per cent success was achieved after the August examination as 211 obtained the second class upper grade, 1,046 made second class lower division and 3, 000 got the pass grade.
He said that there had been a sustained level of focus and diligence among the students whom he noted had demonstrated a commendable sense of maturity and drive,  adding that some were involved in various forms of examination malpractices.
The Director-General, while congratulating the newly called to lawyers, also urged them to make the best of the legal profession.
“Since it is your freewill to belong to the noble profession of law, you must ensure strict adherence to its norms and ethics.
“As you are aware, globalisation has impacted on the legal profession with the challenge of bench marking on minimum international best practices.
“You must ensure you exceed the minimum in all that you do.”
Onadeku also noted that the successful students had completed the vocational training at the school as prescribed by the Legal Education Act.
According to him, they have also met all other conditions set by the Council, while also exhibiting good manners and decorum during their training.
“They have also been groomed in the best ethics and ethos of our noble profession.
“The screening committee of your distinguished body has carefully perused the records of each of the aspirants and have found them worthy to be presented for Call to the Nigerian Bar.
“I attest that they are fit and proper persons for Call and admissions to the Nigerian Bar,” he said.
In his address, the Chairman of the Body of Benchers and also Chief Justice of Nigeria, Justice Walter Onnoghen, charged the candidates to practice the profession with diligence and sense of responsibility.
He charged them to promote the course of justice and rule of law, adding that their level of proficiency was of immense significance to the efficiency of the justice system of the country.
“I urge you to acquaint yourselves with the provisions of the Administration of Criminal Justice Act and all other relevant laws as far as administering justice is concerned.
“You must not handle a matter without adequate preparation, neither should you handle a matter, which you know or ought to know that you not competent enough to handle.
“It is advisable to consult your seniors or colleagues in areas you know you are not well groomed,”  he said.
Onnoghen said that the Body of Benchers, whose role also includes disciplinary committee, would not hesitate to bring to order any erring practitioner whose conduct might negate the standards of the profession.
The News Agency of Nigeria (NAN) reports that the Nigerian Law School has to date graduated 117, 385 lawyers including all the judges of the superior courts of the country and almost all the legal practitioners.
The event was attended by past and present Body of Benchers, Attorney-General of the Federation, past Directors-General of the school.
Others are members of the National Assembly, some ministers, traditional rulers and other stakeholders in the Judiciary sector.