A notorious cultist who recently turned a new leaf, has opened up on his atrocious activities while operating a killer squad for politicians 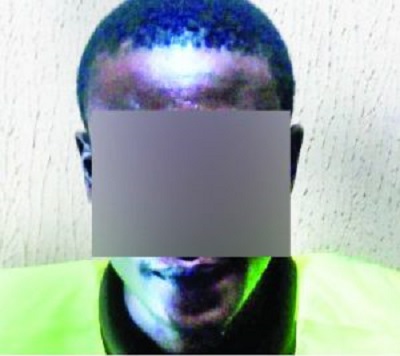 He used to be Nigerian politicians’ Man Friday, the ultimate Mr. Fixer in our murky world of politics. He used to kill and maim for them, at a paltry sum. If you are looking for the fastest way to eliminate a perceived formidable opponent, to pave the way for you to contest and win in an election, all you need to do is to contact Prince Samuel Godwin and his gang members (names withheld) and the job will be done for you in a jiffy.

Political killings in cold blood – those were the kinds of job that 25-year-old Godwin and his gang members used to be engaged in before he called it quits. Today, he is no more killing for politicians. In fact, he is angry with them and would not want to take up such bloody job offer any more, no matter how much you want to pay him. As Korede Bello sang in his hit song, “Godwin,” God now has the upper hands in Godwin’s life.

Journey into the world of cultism

Sharing the testimony of how he got in and out of the killer gang at a revival programme organized recently by The Lord’s Chosen Church, founded by Pastor Lazarus Muoka, Godwin attributed his “deliverance” to the prayers of his mother and the mercy of God.

Godwin, an indigene of Omoma Local Government Area in Rivers State, said he used to be a brilliant schoolboy, and was well on his way to becoming a marine engineer, his life ambition, when fate pulled a fast one on him by aborting the dream through his involvement in cult and cultism.

In fact, he was one of the brilliant students his then school principal had in mind to recommend to Shell Oil Company for scholarship to institutions of higher learning. Unfortunately, it was at that point he was lured into the cult by a classmate whose life was in danger, for failing to undergo the cult’s initiation rites, because of his asthmatic illness. He was then asked to bring a replacement to save his life. The placement turned out to be his bosom friend, Godwin.

According to Godwin the young man was asthmatic and the cult members could not initiate him but requested he gets somebody else before they could release him. So he came for him and that was how he became involved in the cult.

The first born in a family of three, he revealed that he joined the cult while in SSS 3. Then based in Port Harcourt where he used to live, he later moved to Bayelsa State where he grew through the ranks and later became the “Lord and Master” of the club/cult.

During the first attempt on him to join the club, he was offered N200, 000 but he refused. But on January 2, 2009 as he went outside the school premises to buy drug he met two men waiting outside the school gate in a car. The moment he made to pass them, they came out, reached out, grabbed him and forcibly pushed him into the car and drove off at a breakneck speed, while pointing a gun at his head. At the end of the journey, they took him to their lodge where they threatened to kill him if he refused their offer to join the club willy-nilly.

Fearing for his dear life, he readily agreed and they immediately started the process of initiation in a gruesome manner by chopping off the third finger on his right hand. Then they put underneath the bleeding finger a native pot with which they collected the blood gushing out of his hand. Next, they mixed it with gin and gave to everybody including Godwin to drink as a proof of covenant/pact he’s entered into with the cult.

For three days, he did not return home but was held at the lodge. This got his mother worried.  But he was more than compensated for the loss and pain he endured when while leaving he was given N1 million naira. With the money, he went on a shopping spree for the first time in his life. On getting home his surprised mother questioned him intently on the source of the money he used in buying the items that he brought home. When he couldn’t give her convincing answer, his mother, a strong Christian, decided to distance herself from what she saw as his ill-gotten wealth. But she ceased not to pray for his repentance and conversion.

Encounters and experiences that shaped his life

Barely a year after he was trained on how to use a gun he went on his first operation with the gang, in which they were paid to wipe out the family of a Rivers State politician from Abonema. According to his testimony, after killing the man and his son, he pointed his gun at the man’s wife, intending to snuff life out of her. At that moment, the image of his mother suddenly appeared in his mind and he became weak, pulled back the gun and left.

In the second operation, there was a shoot-out with security operatives, and, out of the 12 members of the gang that were involved in the mission which took place in a swampy area where none of them knew how to negotiate their way through by swimming, only Godwin survived.  But at the hospital where he was being treated for bullet wounds that he falsely claimed to have sustained from an armed robbery attack, the doctor, on discovering some inconsistencies in his story, called in police detectives. Upon closer questioning, they discovered that he was one of the armed bandits that escaped from an operation sometime ago.

He was immediately arrested, placed in police custody and later charged to court after he fully recovered. Originally sentenced to 14 years in jail, he spent one year and one month before politicians behind his escapades got a law court judge to grant him a parole.

Making of charms and the Indian mystic angle

On coming back out of jail, he was made the number one man of the gang. At this stage, he decided to go for ‘spiritual fortification’ by arming himself with charms that will make it possible for him to target police officers and politicians without being hurt or killed. To this end, he was linked with an Indian mystic who demanded N20 million from him before he could prepare such charms for him. As he did not have such amount of money anywhere, he contacted a popular politician (names withheld) who gave him the money and he paid.

According to him, the mystic presented him with a coffin and asked him to lie in it. As he did, he suddenly found himself in India, although still wearing the same clothes he wore in Nigeria when he entered the man’s temple. Initially, he found himself inside a building, but as soon as the door was shut, the place became a forest. And inside the place was a pool of water. He was asked to enter into it. He did but surprisingly the water did not wet either his skin or clothes. Afterward, he was given the power he so much desired but with some stringent conditions for keeping it. At the end of the rite he was given a ring to wear as amulet.

Among the conditions: (1) he must not eat any food cooked or prepared by a woman (2) he must not engage in sex act with a woman (3) he must not cross a woman’s urine. “How would you know a woman’s urine,” he asked rhetorically, “for me, it was a problem. I was told to be paying N400, 000 every month for the renewal of the charm’s potency.”

As a result of the conditions, he took to sleeping from one hotel to another but he was not sleeping with the prostitutes he met there, nor eating anything cooked by a woman. Instead, he took to buying noodles from Mallams and cooking and eating. Sometimes, he would also go to their joints to drink tea with bread they are selling. He did not drink sachet water so that he would not come in contact with a woman. Rather, he used plastic bottle to fetch tap water which he drank.

Godwin recalls: “After that, I had powers and money was coming to me as much as I needed because nobody could arrest me. In fact, they could not see me to arrest even if they come. If we were robbing, nobody would see me. One day, when I got to a bank to open an account, I saw the Indian man following me. But nobody saw him except me. He told me that a bullion van would be leaving the bank that day at three o’clock. So I quickly rounded off my transactions so that I could go get my gun and rob the bullion van. There was serious traffic jam on the road. This made the bullion van to follow one way. The moment I opened fire, everybody ran helter skelter including the policemen. That way I was able to stop the van and empty its content into the vehicle I used to block its way.”

He says he’d lost count of people he killed after he acquired powers. “They were probably hundreds.” Talking about the cult, he avows the members’ job was to “assassinate people; they are paid by politicians to assassinate political opponents. Once they are on a mission they accomplish their mission.”  He says of the cult founded in 1999 that, “when any politician calls them on any mission they quickly respond.”

Today, Godwin who claims to be born again after an angel reportedly appeared to him in a dream and warned him to quit the business and surrender his life to God, confesses that he hates politicians with a passion. “The cult was established because of the politicians,” he insists. “They use Nigerian youths to kill innocent Nigerians for sacrifice and at the end of the day they (politicians) would donate N500, 000 to the families of any of the members of the gang who lost his life in the process. The money they give to the family of our deceased members would still go back to them by spiritual means. I am coming from there, so I know what games politicians play when it comes to matters of money.”