Home Entertainment Ailing Actor Set To Leave For Treatment In The UK
Facebook
Twitter
WhatsApp
Veteran actor, Sadiq Daba who has been suffering a terminal ailment will finally be getting proper treatment following the good grace of friends and fans who rallied around to raise funds for him. 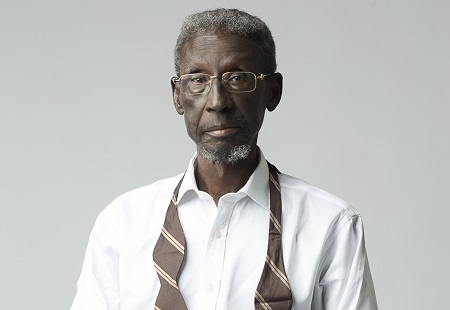 Ailing veteran actor and broadcaster, Sadiq Daba is due to travel to the United Kingdom, on  Sunday night for further medical treatment.

Sadiq has been battling leukaemia and prostate cancer for some months now, but lack of funds hampered his treatment. The story, however, changed recently for the ailing actor  who is best known for  his award-winning role as Inspector Waziri in the Kunle Afolayan classic “October 1”, as colleagues, friends and fans rallied around to raise funds for him.

This cheery news was confirmed to HVP, by one of those who are close to the actor. While in the UK, Sadiq  will undergo surgery at Wellington Diagnostics Hospital in the North West of London.

Speaking further, the  source said, Sadiq will be travelling in the company of his wife,  Bolaji Daba. Recall that ace broadcaster Soni Irabor, last week, disclosed on his Instagram page that enough funds had been gathered for the ailing Sadiq and is set to travel to the UK to commence treatment.