Home News Feed Atiku Abubakar Barred From Voting At PDP Convention
Facebook
Twitter
WhatsApp
It has been revealed that the former Vice President Atiku Abubakar will not be allowed to vote at the forthcoming PDP convention. 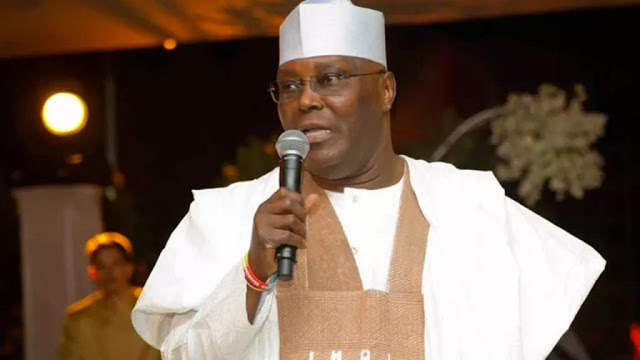 The Peoples Democratic Party has said that former Vice President Atiku Abubakar will not vote at its December 9 national convention, which holds at Eagles Square, Abuja.
According to a statement from the party, this is because of the provision of the Constitution that deals with new entrants into the party.
However, the party said he would be allowed to speak at the convention.
While revealing more details, the party spokesperson, Prince Dayo Adeyeye, who spoke with journalists at a press briefing in Abuja on Wednesday, said the party’s constitution should be used as a guide on the issue.
Adeyeye said, “All you need to do is pick up the constitution of the party and see whether Atiku is qualified to vote or not.”
When pressed further, he said, “First of all, I can tell you that we are happy with Atiku coming back to the PDP. It is very exciting for all of us. It is a good omen to everybody in the PDP.
“He was one of the founding fathers, one of those who built this party and he is coming back home. His room was never occupied, so we have opened it for him.
“He will be part of this convention. He will even make a speech at the convention, but he may not be voting at the convention.”
Chapter 2 (Part 1) of the party’s constitution deals with admission of members into the party.
On procedure for rejoining, sections 8 and 9 explain, ” A person who desires to rejoin the party after leaving it shall –
(a) apply to his Ward Secretary for re-admission; and
(b) unless given waiver by the National Working Committee, be placed on probation for a period of not less than one year.
(9) Subject to the provision of Section 8(b), a member on probation shall have the right to attend all meetings of the party, but shall not be entitled to vote at such meetings, nor shall he be eligible to contest for elective office on the platform of the party. ”
Atiku, who was a foundation member of the party, defected to the All Progressives Congress in 2014, and vowed that the new party would be his “last bus stop.”
He rejoined the PDP from the APC last Sunday.