“AY is the most hardworking entertainer in Nigeria” – Comedian Ushbebe 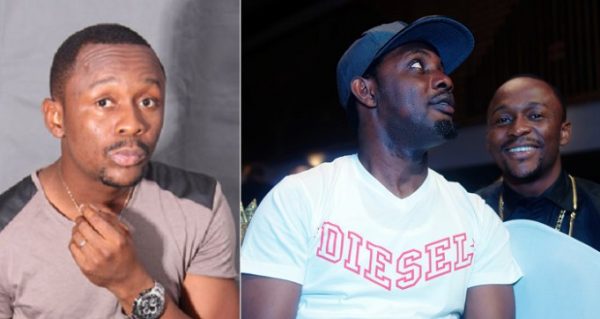 Ushbebe, who cut his teeth in the highly competitive and ever changing industry of comedy under the tutelage of Ayo Makun popularly known as AY, has described his mentor as the most hardworking entertainer in Nigeria.

“AY is my everything, he was my idol when I was in the university. I worked with him in school. When I was in my 100 Level he was in 300 level. I was selling tickets on campus for his shows and all of that”.

Ushbebe went further to describe AY as a workaholic, who is constantly striving to be the best at what he does.

“AY is the most hardworking entertainer in Nigeria as far as I am concerned. That is what I know because I have lived with him and worked with him and one interesting thing is that he used to put me under so much pressure and I was complaining but now that I have people working for me, I am putting them under the same pressure in order to bring out the best in them.

“The basic lesson I learnt from him is to always stay hard working and always strive to be the best; there should never be a time when I feel I have made it and stop working. Hard work has been central to my success”, the rib cracker added.