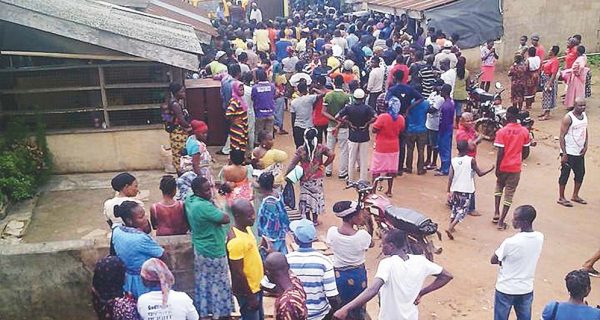 The dreaded Badoo cult have returned to their killing deeds as they murdered a family of four in the Ibeshe area of ikorodu, Lagos.

According to Vanguard, the cult reportedly killed a family of three, comprising of a father, mother and child, while they slept.

This is coming after Commissioner of Police, Lagos State Police Command, Imohimi Edgal, hinted that the introduction of community policing, especially Onya bo, and the increase in Police visibility had resulted in 35 percent decline in crime within the state.

It was also gathered that another cult group struck in PPL axis of Ojo Local Government Area, killing a yet-to-be-identified man, injuring another.

Vanguard reported that when the Lagos State Police Public Relations Officer, Chike Oti,was contacted, he promised to get back immediately.