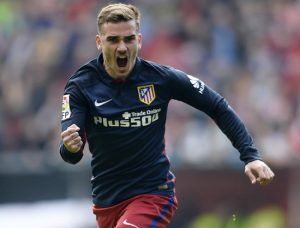 “The complaint has been presented for repeated contact between Barcelona, the player and his team,” an Atletico source told AFP.

Griezmann renewed his contract until 2022 in June and Atletico consider contact made by Barcelona not only breaks FIFA’s rules, but could also affect the integrity of La Liga.

Barcelona lead the league with Atletico their closest challengers six points behind in second.

“He is a player under a long contract and this can’t happen. Moreover, the club considers that it could affect the competition where Barca are currently top and Atletico second,” added the Atletico source.

Barca were slapped with a one-year transfer ban for the illegal recruitment of foreign minors by FIFA that was served in 2015.

Should the Catalan giants be found guilty, they could be handed another ban on registering new players.