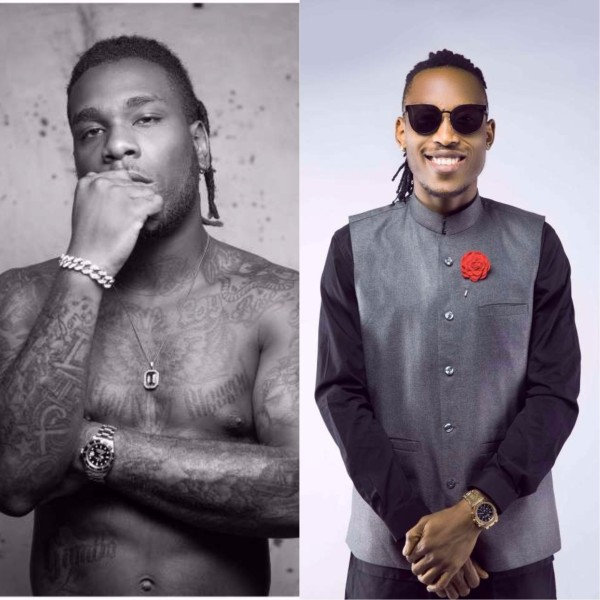 Nigerian musician, Mr 2Kay has revealed that Burna Boy called him to apologise and deny the accusations leveled against him.
2Kay revealed this during an interview with Pulse on Thursday, December 7, 2017. He said Burna Boy called him with a UK number and started by apologising for what happened before denying it, a statement which he, Mr 2Kay, finds complicating.
“Yes, they have tried to get across to us, speaking to people from our families back in Rivers states, people who know us, even people who haven’t spoken to us in years. Burna Boy called me with a UK  number. I picked the call and he said it was Burna and he said to me, apologising and denying that he was not the one, apologising, so its a bit funny. I don’t feel okay with that.
“If I got a threat from you and then something happens to me like this because on your threat you said I should have the same energy that I have when I meet you or your people and in not too long after two weeks this happens and your manager was part of it, your manager was in my room. I never thought about it that way, I was so angry with the hotel people about how they can be so loose. He has spoken to me saying it didn’t know it would go this far, saying it was the manager who took it upon himself,” he concluded.
It would be recalled that Burna Boy was implicated by a statement released by the Lagos State Commissioner of Police, Edgal Imohimi who revealed that the armed robbers who carried the attack were hired by Burna boy.
“Four armed robbers carried out the attack and detectives were able to arrest one of their girlfriends who is identified as ‘Matejero’ which led to the capture of the others. During interrogation, the robbers confessed that they were hired by Burna Boy through his manager, Joel Kantiock who was arrested in Zaria, Kaduna State.
“They confessed to receiving a part payment of 50,000 Naira before the job and another 50,000 was paid to the robbers directly by Burna Boy when the job was done. At the moment, efforts to apprehend Burna Boy is proving futile but we count on him to make himself available for questioning immediately” he explained.