Sifting through the loads and loads of music put out during the calendar year, we made use of parameters such as audience acceptance, pop culture effect, quality of recording and lyrical content to assemble our 10 best albums of 2017 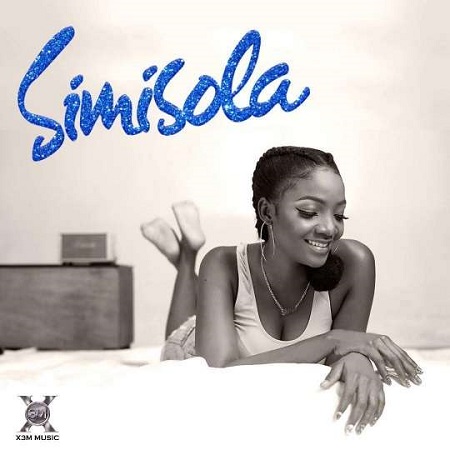 The album’s title is steeped in Igbo masquerade culture, where the Ijele is recognised as the largest and most ceremonial of them all. Masterkraft oversees the bulk of the project and incorporates the traditional instruments such as drums, ogene, and ekwe but just before you are about to entertain the thought that Flavour is finally making the pure highlife record he was born to make, he capitulates and dilutes the punch. Everyone has to be satisfied.

Every December for the last six years, Olamide has put out an album of new material. The critics haven’t always been kind. And for good reason too. Look no further than this year’s messy entry, Lagos Na Wa. Released in the twilight of 2016, The Glory is his sixth studio album and the Olamide that shows up here is a (gasp!) grown man. At a respectable (by his standards) sixteen tracks length, The Glory is almost sparse, as Olamide begins to consider his legacy both as an artiste and as a father.

After fatherhood comes introspection it seems and while this is a trajectory that has worked for everyone from Jay Z and Eminem, no one wears the role quite like Ill Bliss. As on past albums, on Illy Bomaye, the rapper’s fifth studio album, Ill Bliss does introspection quite well. With little or no A-list help, Ill Bliss and his team of producers (Tha Suspect, Major Bangz) put together some powerful verses set to deep ominous beats.

For her third merry go round, Omawumi could not have taken a more divergent approach. Signed to a new management and with an eye on the international market, Omawumi has carefully downplayed her considerable hit making abilities and embraced a richer, fuller, jazzier sound – one that mixes Fela Kuti and the throbbing pull of Afrobeat with the vivacious scatting of jazz songstresses gone by. If the album had stayed true to the energy of the first half, Timeless might have topped this list.

Thinker. Troublemaker. Veteran. Genius. All these parts of A-Q show up and battle for prominence on Blessed Forever, his fourth studio record and follow up to the brilliant Rose album. Nothing much has changed since he last put an album out. A-Q on Blessed Forever is just as crazy, just as brilliant, and this time, quite emotional. Divided into five acts, the record is inventive with hot takes like Lekki Expressway showing his inventive, subversive side.

Home to Maradona and Sicker, two of the biggest Afro-house anthems of the year, Niniola’s debut has more goodies embedded within. Jam-packed with slick, sexy, power dance tunes delivered with relish, in both English and Yoruba. First albums aren’t usually this assured but having spent a couple of years, developing her craft, This Is Me is Niniola burrowing in, carving her own niche, and then bursting out the gate confident in her abilities.

For regulars at Afropolitan Vibes, the premier live music gig in Lagos put together by Ade Bantu and his 13-man band, Agberos International is simply a continuation of the quarterly visits to the Muri Okunola Park. Familiar yet refreshingly so, the music on Agberos International is an amalgam of Afrobeat, jazz, rap and performance poetry. Standout track, Niger Delta Blues, featuring legendary Fela Kuti collaborator, Tony Allen, is by itself worth the price of admission.

For his first album as a solo artiste, Cobhams Asuquo abandons the trappings of fame and lure of the bright lights and makes a complete gospel album that astounds in its craftsmanship and overflows with richness. Technically the project is faultless. The finish is of international quality and Asuquo’s big booming voice is placed at the center of the affecting ballads that make up the album. The entire experience is a thoroughly pleasurable and enveloping, yet intimate encounter with the Most High.

2017 was the year X3M Music’s years long investment in Simi, the awkward but terrific singer, songwriter and sound engineer finally paid off, reaping well deserved rewards from Lagos to London. Responsible for this was the arrival of her debut album with X3M, the gloriously imagined, conceptualized and delivered Simisola. Simisola is easily the most enjoyable disc put forward this year, boasting delightful songwriting, beautiful melodies and sublime singing.

The city of Jos has contributed its fair share to the music business (2face, the Abaga brothers) but because of the humanitarian crises in that part of the country, somehow the North seems to have been written out of pop culture. Morell is here to address that. He takes on this responsibility without being self-aware and delivers a debut disc that is proudly reflective of his origins, yet bears a finish that is ready to cross over. Musa Jikan Musa’s unique blend of traditional instrumentation, impressive songwriting and delicious rhymes is almost second to none.