Deolu
A 25-year-old undergraduate of the Adekunle Ajasin University, Ondo, on Sunday killed the mother with a cutlass over an argument. 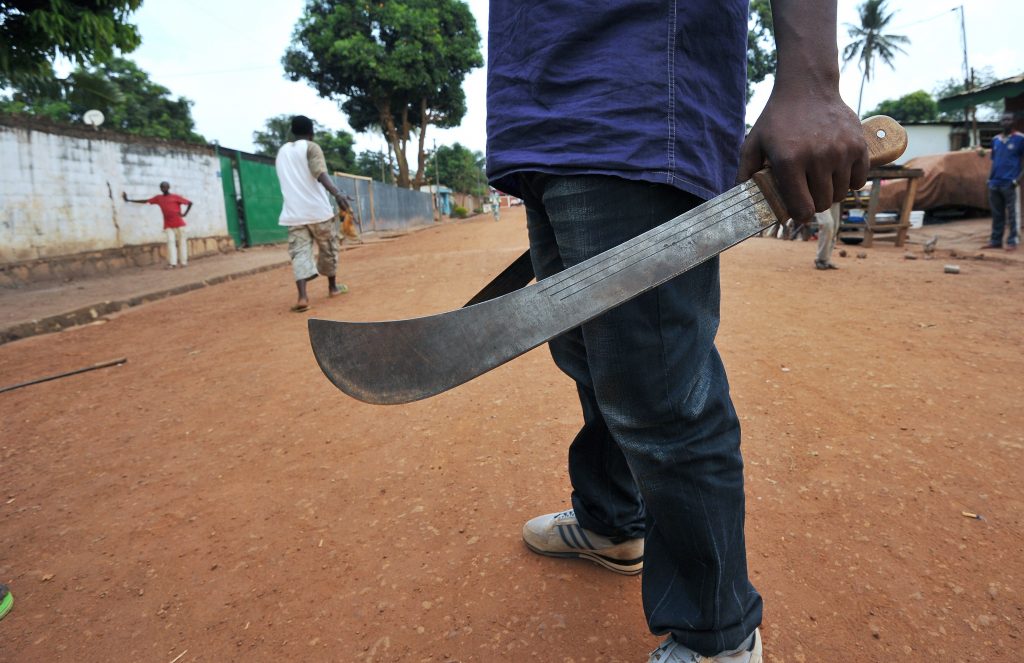 The Police Command in Osun on Monday said it had arrested one Joseph Mark, a 25-year-old undergraduate of the Adekunle Ajasin University, Ondo, who beheaded his mother on Sunday.
The Public Relations Officer of the command, DSP Folashade Odoro, told newsmen in Osogbo that the incident happened at about 6:30 am, at No 25, Zone 5, Ajetomobi Street, Eko-Ende Road, Ikirun, Osun.
According to Odoro, the father of the suspect, Mr Adewale Mark, reported the incident to Ikirun Divisional Police station.
She said the father explained that he left his house around 5:30 a.m. to visit his friend at the next street and on returning home at about 6 a.m., he discovered that his son had cut off his wife’s head with a cutlass.
Odoro said the culprit, who was suspected to be insane, was arrested when the team of police detectives visited the scene of the crime.
She said exhibits including medical examination of the suspect, weapon used and photographs of the scene and victim were taken by the police.
She said the corpse of the victim, Mrs Christianah Mark, 62, had been deposited at mortuary and that further investigation on the matter had begun.