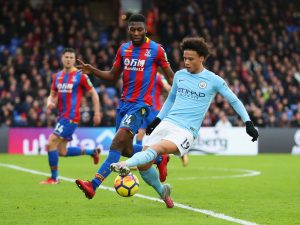 Manchester City winning streak came to an end at the Selhurst Park on Sunday by Crystal Palace.

The game could have gotten worse for the cityzens after they conceded a late minute penalty but the set piece was thrown away by Luka Milivojevic.

The league leaders will play Watford next on Tuesday at the Etihad Stadium.