‘If I die, look for me at Ajiwe Police Station’ – actress April Joju Muse cries out & shares video of police officer pepper spraying her face 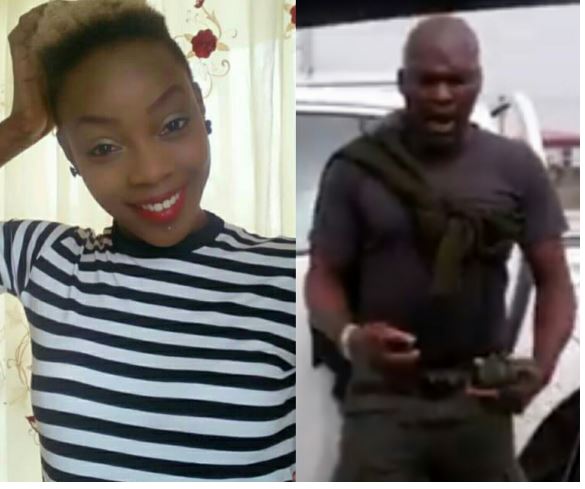 Nollywood actress, April Joju Muse was brutalized by an unidentified Police officer in Lagos today and shared a video of him pepper spraying her face. The actress is seen in the video shouting after a supposedly nasty incident that had already taken place before the camera started rolling, cursing him out for his actions as a LASTMA officer tried to intervene.

The Police officer then decided to attack her with pepper spray to shut her up. He put his hand into her car and she tried to wind up her glass to stop him. He then angrily broke it and went to to spray her face as she warned that his actions were being recorded. Watch the video and see what she wrote about her life being in danger, below. 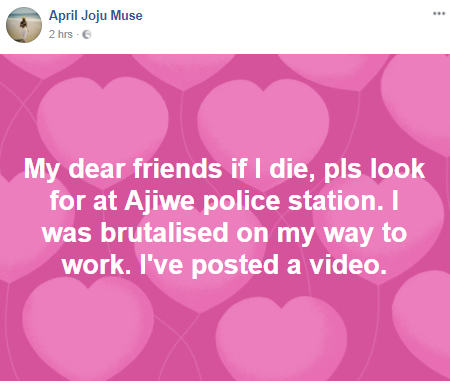