Home News Feed Disciples Of Jesus Were His Bodyguards – Apostle | Video
Facebook
Twitter
WhatsApp
Apostle Johnson Suleman has preached that Jesus Christ was surrounded by bodyguards who were armed to protect him from harm. 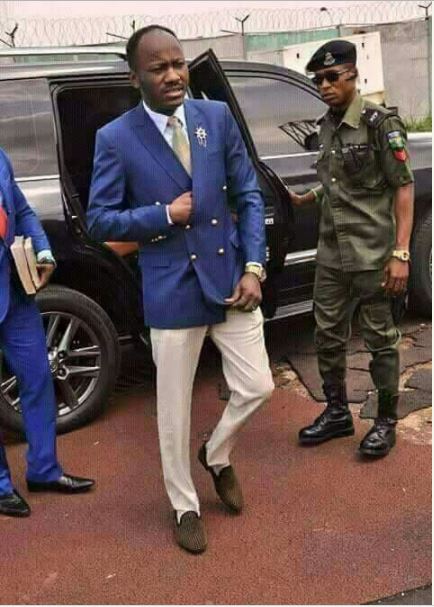 Apostle  Johnson Suleiman of Omega Fire Ministries has spoken on the issue of people who love to criticize pastors.
In the video below, he is seen saying that if Jesus Christ was around he would have been criticized by such people.
Apostle Suleiman further explained that the disciples of Jesus were armed meaning they played the role of bodyguards. He made reference to when Peter cut the ear of a man with a sword to prove the disciples were armed.
This he said to explain the reason why he was with a policeman as his guard in a picture that went viral sparking up debate.
Watch the video below: