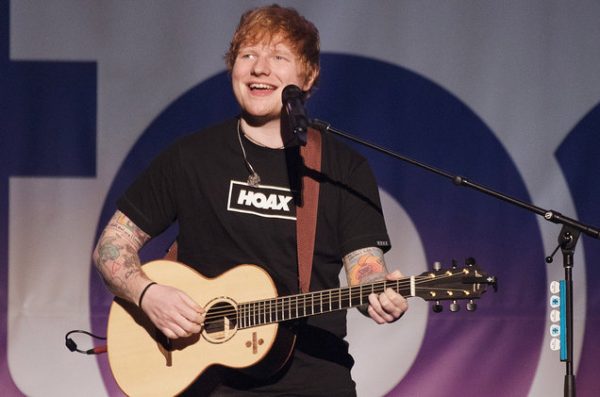 Spotify has announced the biggest artists of 2017, with the most-streamed singer revealed as – unsurprisingly – Ed Sheeran.

The streaming service announced on Tuesday that Sheeran tops its 2017 list with 6.3 billion streams.

He also has Spotify’s biggest album of the year with Divide, streamed 3.1 billion times, and the top song with “Shape of You,” logging 1.4 billion streams.

The Britain’s all-around nice guy is said to have 45 million monthly listeners around the world.

With 6.3 billion streams this year alone, Sheeran snatched the streaming crown from Drake, who was the most streamed artist in 2015 and 2016, but came in second place in 2017.

It’s been a popular year for The Weeknd, Kendrick Lamar and The Chainsmokers too, who rounded out the top five.