#EndSAR!! How A SARS Officer Slept With My Girl & Dealt With Me Badly, Lautech Student Shares His SARS Experience 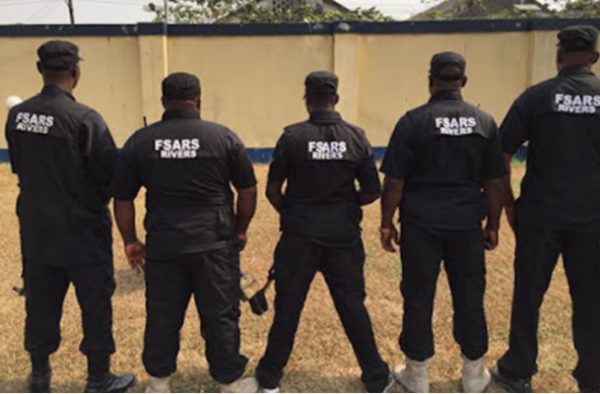 The #EndSARS Campaign is yielding positive results already – Thanks to all Nigerians for speaking out on this issue.

So today, a 500 level Medical student of Lautech sent us a mail narrating his experience in the hand of SARS.

Read below (not edited)

People all over the country have been talking about the wickedness, oppression and brutality of #SARS and I’m here to share my own edition of their sheer madness!

I had a girlfriend and we dated for almost a year. I was preparing for my MBBS Part 2 exam and I needed some cash to pay up some dues to get a clearance form for the exam. I asked my girlfriend and she gave me her ATM card to withdraw the sum of ten thousand naira.

I wrote the exam and she was asking for her money as I couldn’t meet up with the payment as at when I promised and u told her to give me little time.

One day while going back to my hostel from the hospital, I decided to check on her in her hostel without calling her. On getting there, I met another guy on top of my girlfriend having serious sex. I felt so bad and I left in pain.

After a week, I called her and told her I wouldn’t be able to go on with the relationship but I am very much aware of the 10k I’m owing her and I’ll pay up immediately I get some money. She begged but I couldn’t go back.

Meanwhile, the guy she had sex with is a SARS officer and she told him about the whole thing.

One morning, I was preparing to go to the hospital when someone knocked my door. I opened the door only to find my ex girlfriend and four SARS officers pointing their guns at me. They didn’t tell me what was happening, I was just handcuffed, u was trying to call my mum when they collected my phone.

We got to their office and I was asked what happen, I was trying to explain when they started beating me and said I should only write what the girl says (they’ve told her what to say). She said I took her ATM without her consent and withdrew 10k.

I was surprised and told them I was a lie but, they beat hell out of me. I was in their cell for 3days with nobody knowing where u was. I was allowed to call the fourth day and the person I thought of calling was my dad’s friend who is an officer in the state CID.

He came and when they saw him, they were in fears (they fear CID ehn). That was how I was allowed to go. While in the cell, they threatened to kill me, I met people in their cell and they’ve been there for months with no one to ‘rescue’ them from the den of the SARS operatives.

The SARS operatives engage in all sorts of bad things that they themselves are guilty of yet they arrest people for those act. They smoke, drink and engage in hard drugs.

They claim they can kill and no one will ask them. Most of them are cultists as the only suspects that eat in the cell are those that have a SARS officer in the same cult group in the station.

The government MUST find a way to end their brutality because I can boldly say a lot of innocent people just because they don’t want to pay when they’re arrested.

A medical doctor has been quarantined after showing signs of Lassa fever at Jahun local government area of Jigawa state, according to the state...
Read more

President Muhammadu Buhari had slammed Theophilus Danjuma, retired general, saying his opinion doesn't matter than that of millions of Nigerians who voted for his...
Read more
- Advertisement -