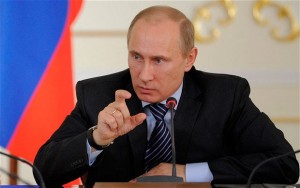 “EU united on roll-over of economic sanctions on Russia,” Tusk tweeted after leaders discussed the issue at a summit in Brussels.

The EU imposed the economic sanctions against Russia after Malaysia Airlines flight MH17 in July 2014 was shot down over Ukraine, killing 298 people, an attack blamed by the EU on pro-Russian rebels.

The decision to extend the measures, which was widely expected, came at a summit in Brussels which saw the launch of a major new EU defence cooperation agreement.

Tusk called the agreement, inaugurated by EU leaders flanked by soldiers in combat uniforms, “bad news for our enemies”.

Before the downing of MH17, which a Dutch-led investigation said was hit by a Russian-made surface-to-air missile, many EU states, especially France and Germany, had been reluctant to make a move which would cost them as well as Russia.

The war in eastern Ukraine between government forces and rebels backed by Moscow has claimed more than 10,000 lives and rumbles on despite a series of periodic truce deals.

The EU also has sanctions in force against Russia over its 2014 annexation of Crimea from Ukraine.

Thursday’s sanctions extension will be given formal legal approval in the coming weeks.