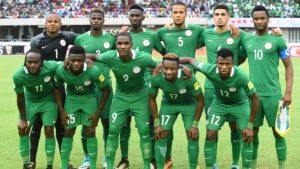 The world football’s governing body, FIFA, fined the Nigeria Football Federation (NFF) after the Super Eagles fielded an ineligible player against the Fennec Foxes of Algeria on Matchday 6 of the Russia 2018 World Cup qualifiers.

The sanction relates to the fielding of defender Shehu Abdullahi, who should have served an automatic one-match ban for two yellow cards from earlier Matchdays (vs. Swaziland and Zambia).

According to the decision taken by FIFA’s Disciplinary Committee, Nigeria will forfeit three points and three goals to Algeria in addition to a fine of CHF 6,000 (N2,175,660).

The sanction will have no effect on Eagles’ status as one of the 32 teams going to next year’s FIFA World Cup in Russia due to the fact that they had already sealed qualification before the dead rubber game against Algeria.

The statement released by FIFA earlier on Tuesday said: “Nigeria Football Federation (NFF) has been sanctioned for fielding an ineligible player in the match between Algeria and Nigeria on 10 November 2017. The match is declared to be forfeited and awarded 3-0 in favour of Algeria, with the NFF also receiving a fine of CHF 6,000. The sanction relates to the player Abdullahi Shehu failing to serve the automatic one-match suspension imposed on him as a result of receiving a caution in two separate matches of the same competition. This sanction bears no impact on the final result of the preliminary competition for the FIFA World Cup since Nigeria had already qualified (and Algeria eliminated) before the match took place.”