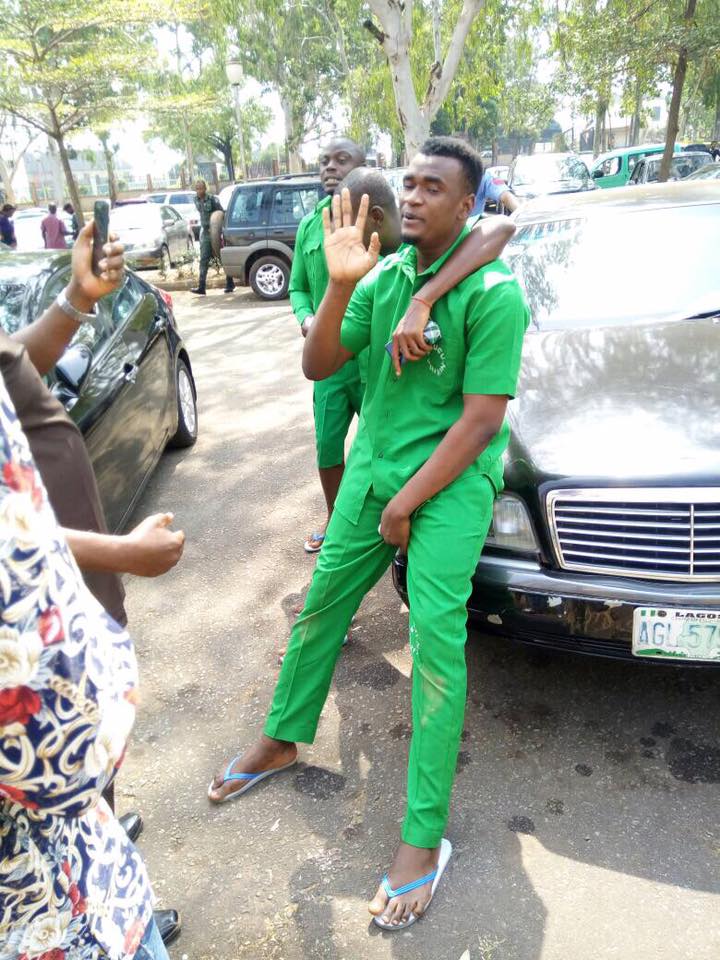 Some of the young men accused of murder that regained their freedom after 5 years in prison
After spending five years in jail for a crime they didn’t commit, five young Nigerian men couldn’t hide their joy after regaining freedom.
The men who were kept in jail over an alleged murder, were discharged and acquitted by the Enugu High Court, after the court found them innocent of the crime.
Sharing the news on social media, a journalist Chijioke Okibe wrote: “There were ecstatic jubilation of some awaiting trial men today at the Enugu high court complex when five of them who had spent five years in prison were discharged and acquitted of a crime they said they did not commit.
“One of the freed men told me that their journey started since 2013 when they were detained by Enugu SARS at their cell but that it happened that one of the inmates who was asthmatic and was tortured by SARS men and that led to his death”
“Consequently according to the young man in his late twenties they were accused falsely of killing the young asthmatic boy.”
“Five of them were as a result incarcerated for five years but were discharged and acquitted for want of diligent prosecution by Hon. justice C I Nwobodo today 29/11/17”
Watch video below: