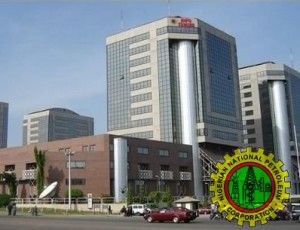 The Group Managing Director, NNPC, Dr. Maikanti Baru, however, said in a statement on Thursday that the corporation had doubled the daily supply of PMS from 700 trucks (about 27 million to 30 million litres) per day to 80 million litres per day since the hiccup in the supply chain was noticed.

Baru said rumours of a purported increase in the pump price of petrol made some marketers to suddenly start hoarding the product in their quest to cash in on the situation.

“But we swiftly swung into action by doubling our supply nationwide. At the time the rumour started, we had about 30-day sufficiency. The normal daily supply to the nation is 700 trucks, equalling about 27 million to 30 million litres per day.

He added that the NNPC had enough products’ sufficiency that would last up to 30 days, adding that at least cargoes laden with one billion litres of petrol cargoes were heading to Nigerian shores at the end of December, which he said would return the country to a 30-day-plus sufficiency.

Baru said the fuel scarcity would soon fizzle out and warned marketers hoarding the product that they would lose their entire products to motorists if caught.

He commended the NNPC’s sister agencies, the Department of Petroleum Resources and Petroleum Products Pricing Regulatory Agency, for their support in helping to tackle the hoarding of PMS by filling stations.

“We are going to ensure that Nigerians are not defrauded. If we find any station engaging in sharp practices, be sure that the arm of the law will not hold back at such defaulters.”

The NNPC also announced that it had achieved 98 per cent automation of all transactions involving the supply, marketing and sale of the various grades and blends of the country’s crude oil across the world.