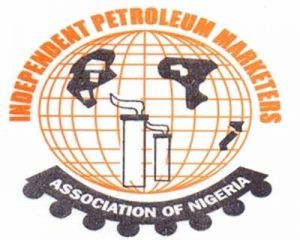 An influential group in the oil industry says it is set to begin its strike from Monday, a week after the Independent Petroleum Marketers Association of Nigeria, IPMAN threatened to embark on a strike.

The Petroleum and Natural Gas Senior Staff Association of Nigeria, PENGASSAN, said on Friday it had no option than to call its members on strike after negotiations with the government over some labour issues stalled.

The group had earlier issued a 72-hour ultimatum to the government to intervene over allegations of anti-workers practices perpetrated against some of its members in Neconde Energy Limited, an indigenous oil company.

The umbrella body of senior workers in the oil and gas industry had accused the management of Neconde Energy of wrongful termination of the employment of some of its workers who belong to PENGASSAN.

Following the ultimatum, the Minister of State for Petroleum Resources, Ibe Kachikwu, had offered to broker a truce between the union and Neconde Energy Limited.

However, the union in a statement sent to PREMIUM TIMES late on Friday by its spokesperson, Fortune Obi, said the peace meeting called by the Minister during the week ended in a stalemate without a positive resolution of the crisis.

“Following the failure of the Minister of Petroleum Resources, Dr Ibe Kachikwu, to settle the rift between this body (PENGASSAN) and Neconde, the management of PENGASSAN has agreed to start the strike on Monday night (December 18th, 2017),” Mr. Obi said in the statement.

Mr. Obi said the strike scheduled to commence midnight on Monday would be preceded by an emergency Central Working Committee meeting of PENGASSAN in the morning.

The union said it has already notified its members nationwide to be on standby for the final instructions to shutdown operations if nothing is done by the relevant authorities to avert the planned strike by midnight on Monday.

PENGASSAN’s Lagos Zonal Chairman, Abel Agarin, in a communiqué in support of the strike, warned against any act of victimisation against any of its members who would participate in the exercise.

“The union’s position has always been that the termination of employment of some workers by Neconde was unlawful, as it was not in line with equity, good conscience and industrial relations, best practices and extant labour laws,” Mr. Agarin noted.

If the strike is allowed to proceed as planned, it will worsen the fuel supply situation nationwide.

Most parts of the country, including big cities like the Federal Capital Territory, Abuja, and others, have been struggling to recover from the impact of the crisis on businesses, as normalcy is gradually being restored in fuel supply.

The impact of another disruption in fuel supply will be well felt as Nigerians prepare for Christmas celebrations.