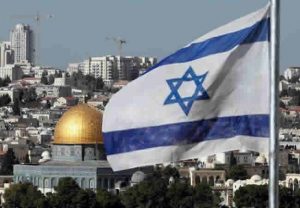 Guatemala has confirmed that it is set to move its embassy in Israel to Jerusalem, President Jimmy Morales said Sunday, becoming the first leader to back US President Donald Trump’s controversial change of stance on the holy city.

After speaking with Israeli Prime Minister Benjamin Netanyahu, Morales wrote to Guatemalans on his Facebook page that “one of the most important topics was the return of Guatemala’s embassy to Jerusalem,” from Tel Aviv, where it is currently located.

“For this reason I am informing you that I have given instructions to the foreign ministry that it start the necessary respective coordination to make this happen,” Morales wrote.