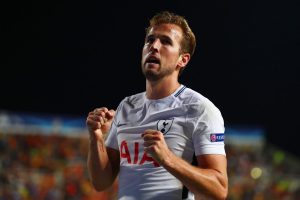 Harry Kane scored a hat trick against Southampton to set a Premier League record of 39 goals in a calendar year – 2017.

Dele Alli scored one while Heung Min-Son scored the last as Tottenham defeated their visitors, Southampton 5-2.

The 24-year-old Kane headed in Christian Eriksen’s free kick in the 22nd minute to overtake Shearer’s 36 goals in 1995 with Blackburn Rovers.

He had equalled the 36-goal tally while scoring a hat-trick in Spurs’ 3-0 win at Burnley on Saturday.