High-Rise Stuntman Falls To His Death From A Skyscraper

Deolu
A young man who is famous for performing high rise stunts and climbing tall buildings, has fallen down to his death. 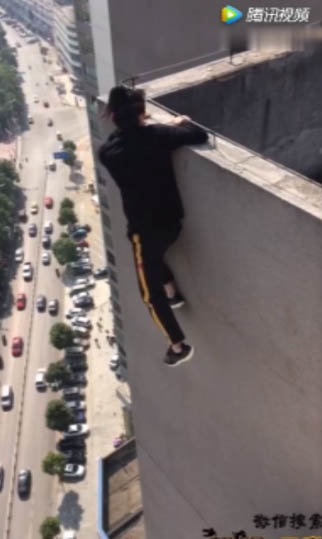 Wang Yong Ning, a 26-year-old daredevil famous for dangling off skyscrapers ‘fell to his death’ in a risky stunt.
It emerged thrill seeker, Wang Yong Ning died after fans noticed his Weibo account was not updated for a month.
According to Daily Star UK, Wang is renowned for death-defying challenges including walking along rooftops and posing with hands hanging perilously from tall buildings.
Nerve-wracking video has captured Wang doing pulls up at the top of high-rises.
But according to reports, he tragically fell from a skyscraper in Shangsha in China on November 8, the date of his last posting.
His body was discovered the next day, friends said Wednesday.
The news sparked a wave of tributes on social media in the country.
One wrote: “RIP, you’ve left your footprint in the world. It’s believed there’s no pain in heaven.” 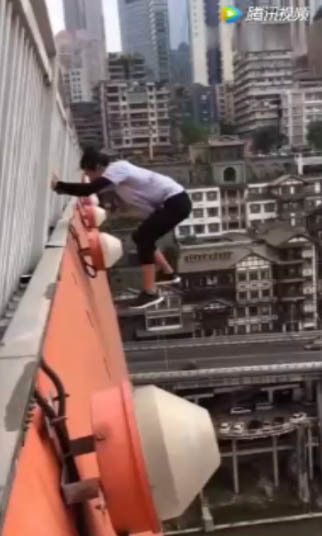 The extreme risk-taker, who had more than 235,000 followers on one social media account, had worked in television and martial arts.
He had said his goal was to “challenge all skyscrapers in the world without protection”.
The US National Centre for Health Statistics said base jumping could be the most dangerous assorted sports and recreational activity, with a 1 in 60 chance of dying.