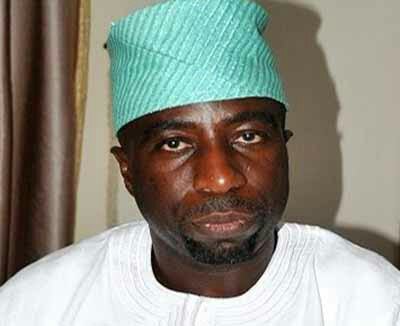 A warrant of arrest has been issued against Muyiwa Ige, the son of late Chief Bola Ige, a former governor of the old Oyo State, by the Osun State House of Assembly for his alleged refusal to honour the lawmakers’ invitation.
According to PUNCH, the assembly is investigating a land matter at Ilobu and the former Commissioner for Lands, Physical Planning and Urban Development was invited to appear before the lawmakers.
The report of the warrant was aired on the Osun State Broadcasting Corporation on Wednesday and a member of the House of Assembly confirmed the development.
While speaking to a correspondent a lawmaker who pleaded anonymity, said Ige was invited through a radio announcement on Tuesday and was asked to appear before the house.
The lawmaker said Ige was not the only invited person who did not honour the invitation, adding that a former permanent secretary of the ministry was also summoned but the PS called to notify the assembly that he would not be able to come on Wednesday.
He said, “It is true but the invitation was aired on OSBC on Tuesday and if he (Ige) was not in the state, he might not have heard that he was invited.”
“The PS also did not come but he called to notify us that he would not be available today (Wednesday). We didn’t receive any call from Muyiwa until evening time when he called and told us that he was not aware of the invitation.
“He was not even accused of stealing anything so, I think he would come on Monday or so.”
When contacted on phone over the development, the ex-Commissioner told The Tribune that he was not aware of any summon, directing him to appear before the Osun State House of Assembly, contending that he did not receive any letter from the legislature summoning him to appear before the lawmakers on any issue.

He stated, “I have been receiving all kinds of funny phone calls and I am sure that’s why you are calling me. I am so astounded that I don’t know what to say.

“Nobody even invited me. I don’t even know what it is about. What if I am even out of the country. Let’s even assume that I was invited and I did not even get the invitation and somebody was there, they could have picked up the phone and say they are expecting you here. How far is Lagos from Osogbo?